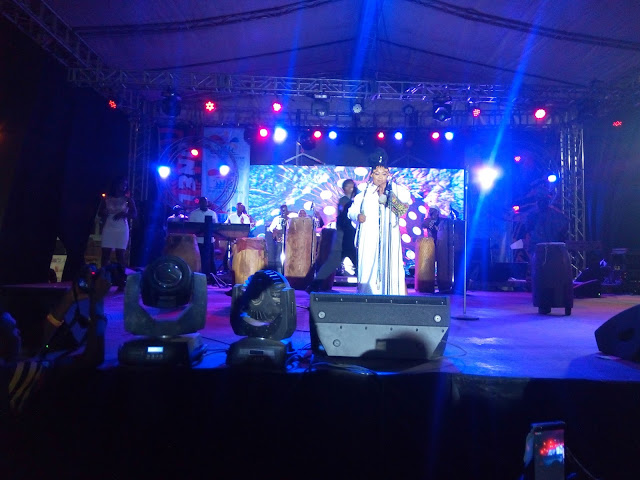 The huge crowd gathered was heavily thrilled by the strength of nigerian music and the queen of drumsㅡARA of international repute, as mcbonus who compered the event rightly said,added to the thrilling feel that was evident and they got stunned with her drumming prowess. 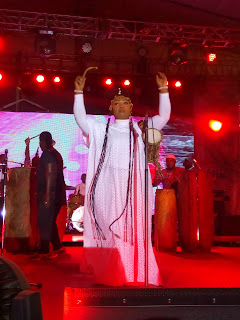 After stirring up the mood of the crowd with the knowing of the presence of the drum goddess, mcbonusーa thrill maximizer, brewed up their curiosity with an informative announcement of the drum goddess to the stage...ARA followed through with the announcement by dazzling the crowd with her vocal range, sang about her being a wonder that comes like a thunder and you surely would not doubt or question that.

Stunningly lost in the thrills of her vocal range ARA increased the tempo of the thrills with her drumming prowess and had the the crowd maximized with thrilling power.

Evidently an event that made every one see, and enjoy the strength of nigerian music and the drum goddess added to the thrills with culture-feel sounds from the drum culture. 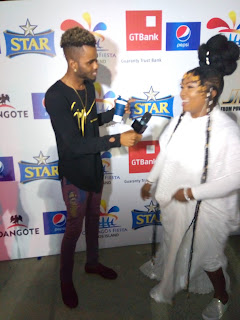 The queen of drums as she's also known was chiefly active in 2017 with gallant renditions of performance, the premiere of her movie 'Osunfunke'ーexclusive screening of it for diplomatic communities, dignitaries and corporate Nigeria and the release of her album and Ep for online distribution by Africori Music Group (The preferred digital partner of African Music) rounded off her year of thrilling-spree with another performance in One Lagos Fiesta 2017 Agege and with the fabled queen at the venue was evergreen-in-beauty Gift Iyuwame Eke best known as Mumagee and afrocentric musician cum samba queenーStella Monye, a lifetime-mention in the history of Nigerian music.

Tukur Yusuf Buratai, lieutenant general and chief of army staff, insists Boko Haram militants have been dislodged from holding any territory in Nigeria but have now resorted to hit-and-run attacks to create the impression that they are on a resurgence. The army chief said, in an interview with TheCable, THISDAY and ARISE news channel during the week, that the war against the terrorists is “complicated” because the military is hampered by the non-kinetic aspects such as lack of access roads to some local governments. He repeated his claim that Boko Haram militants now live among local communities, making it easy for them to launch attacks in furthering their “propaganda” that they are still a strong force. “When it escalates, you have situations like arson, as we witnessed in Auno recently. I would say that what is happening now is criminality because, since last year, we have not given Boko Haram any respite,” he said. “They are trapped and no longer have access to food; their movemen…