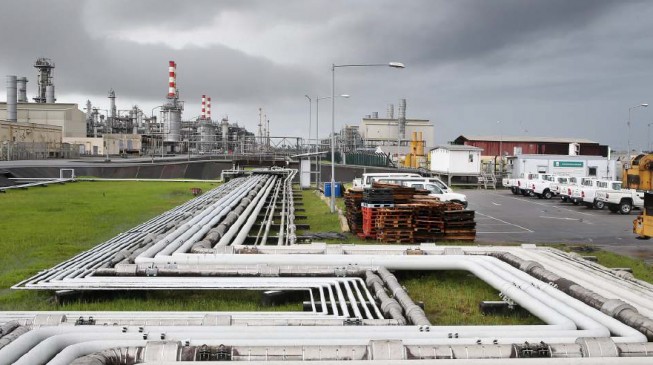 NAN reports that a member of FAAC, who chose not to be named, said Maikanti Baru, group managing director, NNPC, briefed the council and the committee before the fund was used.

Baru had explained that the corporation received a dividend payout of $1.05 billion as a major shareholder of the NLNG with 49 percent stake.

On Tuesday, the senate set up an ad hoc committee to investigate the matter.

According to documents published by Premium Times, the dividends were paid to the state oil firm during the fuel scarcity crisis that lasted between December 2017 and January 2018.

A source in the Central Bank of Nigeria (CBN) also told NAN that NNPC obtained $1.05 billion as a revolving loan, to pay for subsidy in 2018.

He said Section 7 of the NNPC Act empowers the corporation to defray costs from its revenue.

The CBN source explained that the NNPC had fully complied and had implemented the approved treasury single account (TSA) laws in utilising the money, which is domiciled in the apex bank’s account.

He said it was “unfortunate” for anybody to accuse the NNPC of misappropriating the fund.

“There is nothing like 3.5 billion dollar subsidy claim; it is not true and it is also false alarm that the NNPC was mismanaging such account, the dividends of NLNG as we know is being properly managed,” the source was quoted as saying.

Commenting on the allegations against the NNPC, Ndu Ughamadu said the corporation operates a “regime of under recovery” since it is only the national assembly that can appropriate on fuel subsidy.

The NNPC spokesman said dividends from the NLNG were paid into an account managed by the corporation, as a major shareholder in the business.

The federal government has re-arraigned Omoyele Sowore, convener of #RevolutionNow Movement, on a two-count charge of treasonable felony. At the court on Thursday, Aminu Alilu, the prosecution counsel, asked that the previous seven-count charge, which was filed in September 2019, be substituted with an amended charge. Upon re-arraignment, Sowore and Olawale Bakare, his co-defendant, pleaded not guilty to the charges. In the new charge, the offences which bordered on fraud, cyber-stalking and of insulting the president were removed. Culled from TheCable, the government accused them of staging “a revolution campaign on 5th day of August 2019, tagged #RevolutionNow” aimed at removing the president during his term in office by unconstitutional means. The prosecution counsel informed the court of the presence of the first witness whom he said was ready to give evidence. But Abdul Mahmud, counsel to the defendants, told the court they cannot proceed with the trial because the prosecution was…

Oscar 2020 was livened up with music as Eminem the Rap God enlivens the event with his unexpected performance of "Lose Yourself" .
In this video culled from Eminem.pro, the American, rapper, actor, musician and producer named Marshall Mathers III and also known as Eminem, Slim Shady and M&M, thrilled the history-making night with his unique prowess.

The white king of hip-hop who had audience members in the Dolby Theater nodding their heads as they sang the chorus , was given a massive standing ovation after his performance.
Having published the hashtag that changed the Oscars, how a driverless Oscars took a winding road, Oscar winners 2020: The Complete List, and "Parasite" Earns Best-Picture Oscar, Godfreytimes brings you the video below to watch.

The Central Bank of Nigeria (CBN) has added milk and dairy products to the list of items not eligible for forex. However, the bank exempted six companies from the restriction. “As part of efforts to increase local production of milk, its derivatives and dairy products, the Central Bank of Nigeria has engaged with some companies in the industry who have keyed into the bank’s backward integration program to enhance their capacity and improve local milk production,” a notice published on the bank’s website on Tuesday read. “Accordingly, all authorised dealers are to note that all Forms ‘M’ for the importation of milk and its derivatives shall only be allowed for the following companies: Friesland Campina WAMCO NigeriaChi LimitedTG Arla Dairy Products LimitedPromasidor Nigeria LimitedNestle Nigeria Plc (MSK only)Integrated Dairies Limited “For the avoidance of doubt, all established Forms ‘M’ for the importation of milk and its derivatives for companies other than the above for which shipm…