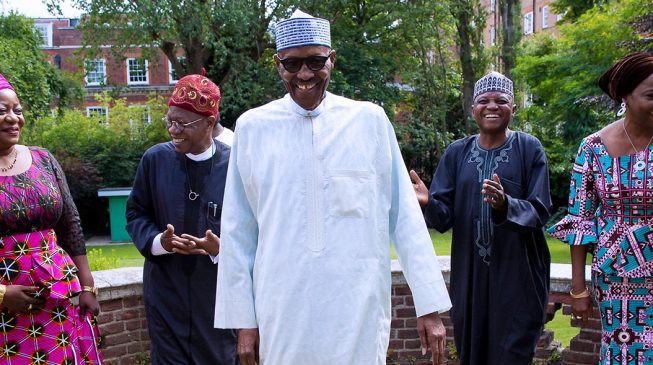 In 2007, before the American presidential election of 2008, the poll numbers were in favour of Republican war veteran, John McCain. McCain had led numerous military strikes for the United States military. In 1967, during the Vietnamese war, he was almost killed by the enemies, who had shot down his military aircraft and captured him as a prisoner of war.

His arms and legs were broken, he suffered many other injuries and was kept by the Vietnamese military for five and a half years to be released in 1973. He continued in the Navy, until the early 1980s, after which he retired to join US politics. So, by 2007, when he was running for president, he had virtually all things in his favour; incumbency, military experience, proven loyalty to the United States, and experience as a dexterous politician.

Prior to the presidential campaign, the US had been under the leadership of George W. Bush, who was known as a war-monger. With Bush, the US had gone to war, notably, in Iraq and Afghanistan. Therefore, the country needed a war veteran to keep the US safe from terror, but something happened that changed everything altogether.

The year 2008 happened! The crash of Lehman Brothers and the US housing market, coupled with other failures, resulted in the 2008 global economic crisis. The US slipped into a recession; many jobs were lost, many businesses collapsed, many families lost their homes and means of livelihood, Wall Street went red! It was the greatest economic crisis, since the great depression of the 1930s.

Suddenly, war no longer made as much sense as it used to make. The American people began to listen to one young Barack Obama, who has been screaming that he would fix the economy. That he would create jobs, that he would stimulate the housing sector. His team had a tagline; “Never let a crisis go to waste”. The rest, they say is history. Obama won.

In Nigeria, as at 2015, the country favoured Muhammadu Buhari over Goodluck Jonathan, on the basis that Buhari was our own McCain, who could keep Nigeria safe from terrorists and insurgents of all kinds. Jonathan had shown us that he did not possess the bite to tear Boko Haram. In addition to security, Buhari promised a strong anti-corruption war, which Jonathan was not seen to be fighting.

The All Progressives Congress (APC) and the Peoples Democratic Party (PDP) campaigned to make the economy stronger and create more jobs. While Jonathan campaigned with the fact that the economy was one of the fastest growing in the world, with an average of seven percent under his government, Buhari campaigned to bring inclusive growth to the weakest persons in society. The rest again is history. Buhari won.

THE BATTLE ROYALE: ATIKU VERSUS BUHARI

For 2019 election, the activities of the past three and a half years have demystified President Muhammadu Buhari. While some progress has been made in the Boko Haram and anti-corruption wars, same cannot be said of the economy. Unemployment has increased by leaps and bounds, with millions of Nigerians getting unemployed by every passing year in the life of this administration.

Based on this reality, the Atiku Abubakar campaign organisation, has woven its narrative around jobs, jobs, and jobs again. Like Obama in 2007/2008, the PDP will not be willing to let this crisis go to waste. At 20.9 million, the population of unemployed Nigerians is more than that of Singapore, Botswana, and United Arab Emirates, put together. This population is also a large fraction of a voting bloc that the PDP presidential aspirant is seeking to take to his advantage, but I am here to sound one major warning; it is unsafe to use unfortunate numbers to your electoral advantage. Ask the APC.

THE FUTURE OF YESTERDAY: 12M JOBS VS 20.9M UNEMPLOYED

While campaigning, the APC promised to create three million jobs per year and reduce unemployment to the barest minimum if given the opportunity to lead Nigeria. In the past year, the Buhari-led administration had said time and again that it had created over seven million jobs in three years.  As early as 2017, Chris Ngige, the minister of labour and employment, had categorically said Buhari has created seven million jobs since coming to office in 2015.

Just this week, Garba Shehu, special assistant to the president on media and publicity, said President Muhammadu Buhari’s admin has supported rice farmers in creating 12m jobs, which he said the National Bureau of Statistics (NBS) does not capture in its unemployment reports.

Shehu added that “the NBS chief had addressed the federal cabinet and he made the admission that they had concentrated analysis over time on white collar jobs that they had not taken cognisance of job creation in areas of agriculture”.

Yemi Kale, the statistician-general of the federation and CEO of the NBS, has since denied the claim. In fact, his office went on to release unemployment numbers on Wednesday, showing the state of the nation. The report showed that 3.3 million people became unemployed in nine months!

The PDP will, in the coming days, play on those numbers to their electoral advantage, but I have some fine details for them:

According to the IMF, Africa as a whole needs to create 20 million jobs every year to meet unemployment needs of its growing population. Nearly half of those jobs have to be Nigerian jobs. The NBS numbers have shown that 8.77 million people came into the job markets in three years! This means the country must create over 244,000 jobs per month. I repeat, 244,000 new jobs every month!

So before the PDP politicises these numbers, let them sit and think out a plan to create at least 250,000 jobs every month from 2019 to 2023. Today, which is the future of yesterday, has shown us all that it is easy to make promises, but when it comes to staying true to those promises, the story is different.

This report will have political effects on the 2019 campaign, but as Nigerians, we must be wise to see beyond the APC-PDP bouts to find leaders with the wit and ways to answer this unemployment question!