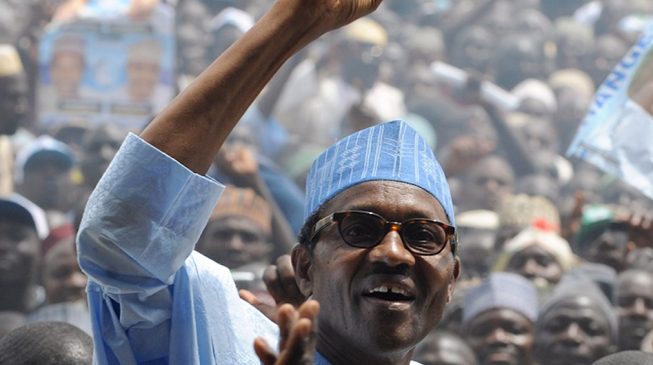 The Rice Farmers Association of Nigeria (RIFAN) and Fertilizers Producers and Suppliers Association of Nigeria (FEPSAN) have donated N1.77 billion to fund the re-election campaign of President Muhammadu Buhari.
The announcement was made during a gala night organised by beneficiaries of the government’s Anchor Borrowers Programme at the state house conference centre, Abuja.
Aminu Goronyo, president of RIFAN, said with a membership of about 12.2 million and with each member donating N100 to the campaign, it will translate to N1.2 billion.
Similarly, Thomas Etuh, president of FEPSAN, announced that fertilizer producers are contributing N570 million to the re-election bid of the president.
Both union’s presidents said the empowerment programme has changed the fortunes of the agriculture sector.
Godwin Emefiele, governor of the Central Bank of Nigeria, (CBN), said the Anchor Borrowers programme has resulted in the saving of $800 million.
He said import bills before the introduction of the programme was as high as N1.4 trillion annually, adding that the programme has been created 2.5 million jobs from rice farming alone.
Goronyo said Buhari’s policies have resulted in savings of billions of naira for the country.
“All these achievements are from your commitments and favorable policies to agriculture,” he told the president.
On his part, Etuh said N120 billion was saved in two years from fertilizer subsidy.
Speaking at the event, President Buhari said data from the National Bureau of Statistics (NBS) have confirmed that his administration’s policies are yielding results.
He said he inherited “a broken system in the agricultural sector in 2015”.
“Seeing your faces and hearing your stories give me hope. Today, we are on track to achieving an all inclusive economy,” he added.
Meanwhile, the president has directed the ministry of agriculture and rural development to commence the restocking of all its strategic grains reserves nationwide
He said the directive had become imperative following the completion of a comprehensive survey on damage done to farmers and fishing communities in the riverine areas as a result of flood disaster.
He said the report indicated that over 160,000 farmers and additional 70,000 fishermen were affected by the disaster.
Buhari assured that the federal government would continue to implement policies and programmes meant to uplift the standard of living of Nigerian farmers as well as boost food sufficiency in the country.