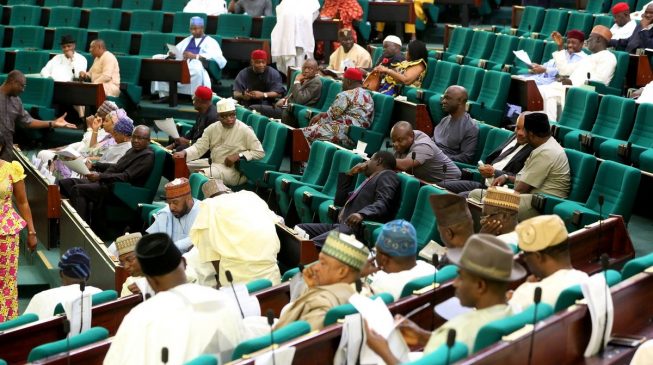 A bill to introduce the parliamentary system of government to the country has been read for first time at the house of representatives.

The bill introduced during plenary on Thursday was sponsored by 71 lawmakers.

The major difference between these two systems is that in a presidential system, the president is directly voted into power by the people while in a parliamentary system, the legislature holds supreme and votes a prime minister into power; there is also no clear separation of power.

Addressing journalists, the 71 lawmakers said a parliamentary system of government will help achieve economic growth and development in the country.

The lawmakers led by Kingsley Chinda from Rivers state said: “Studies have shown that countries run by presidential regimes consistently produce: lower output growth, higher and more volatile inflation, and greater income inequality relative to those under parliamentary ones.

“Presidential regimes consistently produce less favourable macroeconomic outcomes which prevail in a wide range of circumstances for example in Nigeria.

“Due to the excessive powers domiciled to one man under the presidental systems, consensus building that is often required for economic decision is always lacking.

“The level of liability and volatility of presidential systems makes it difficult to achieve economic objectives.”

They also argued that parliamentary systems promote inclusion and collectiveness “which is critical to equality of income distribution and opportunities.”

Among the representatives include those of the Peoples Democratic Party (PDP) and All Progressives Congress (APC).