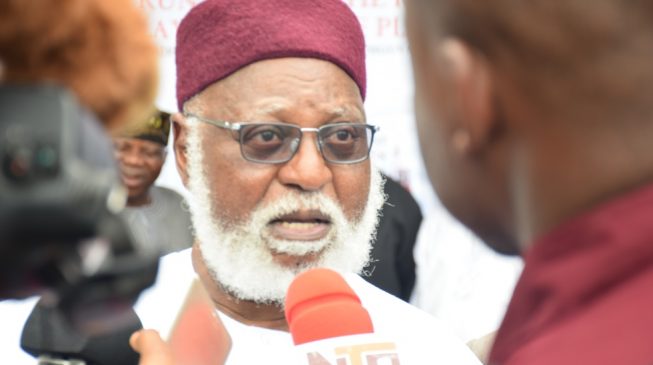 Abdulsalami Abubakar, former head of state, says the absence of Atiku Abubakar, presidential candidate of the Peoples Democratic Party (PDP), at the signing of a peace accord ahead of 2019 polls is of no effect.

The accord was organised by the National Peace Committee which said it extended invitation to all 73 presidential candidates contesting the 2019 elections, but Atiku said he was not invited.

While fielding questions from journalists at the International Conference Centre, Abuja, venue of the event, Abubakar, who is the chairman of the committee, insisted everybody was invited.

“You have seen the number of parties that have been invited. He will answer for himself but speaking for the National Peace Committee, everybody was invited,” he said.

“What reasons do we have not to invite somebody? This accord was for all political parties to sign to be of goodwill and good behaviour during elections. If there is a break down of communications somewhere I don’t know.”

He added that those who were absent can still come to sign the accord.

“Of course, they are open to come and sign the peace accord. What surprises me is that when we had the conference with the political parties he came out and agreed on this agenda, the parties agreed and it was the recommendation that the peace committee has taken.”