Adeboye reveals what he does to his attackers 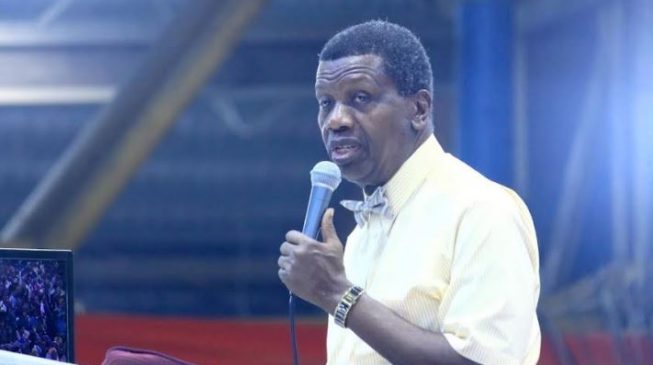 The general overseer of the Redeemed Christian Church of God (RCCG), Enoch Adeboye, noted for his stoic silence in the face of attacks and criticism, has revealed what he does to his attackers.

Preaching a sermon titled ‘Under a New Management,” on the third day of the church’s 2018 Holy Ghost Congress, he confirmed his silent reaction to attacks but cautioned that people who attack God’s anointed men draw His wrath.

Referring to the scriptures, which says God “will be an enemy to your enemies and will oppose those who oppose you,” Adeboye said he, indeed, prays for God’s mercy for his attackers.

“When somebody is fighting the Ambassador of God, he is asking the Consuming fire to come and fight Him,” he said.

The Pastor used that to illustrate one of the benefits of being an ambassador of God, after giving one’s life to Jesus Christ.

The other benefits, according to him are that God glorifies people he uses; promotes them; comforts them when they are discouraged; answers their prayers by fire; and stays with them even in the storms of life.

However, the ambassadors of Satan in the kingdom of darkness suffer manipulation and destruction.

The general overseer explained that Satan uses people and then humiliates them; discards them in the end; and destroys their destinies.

He had started the sermon, the last event of the day, by defining the two principal kingdoms in the world – the Kingdom of Light, which is God’s kingdom and the kingdom of darkness, where Satan reigns.

He said: “It had been like that from beginning. Darkness is the first kingdom and it is associated with confusion and sorrow until God spoke that let there be light, and light came. In the kingdom of light there is always Joy. Sorrow and darkness go together, while joy and light go together.”

“The biggest sign that something is wrong and you need to be under a new management is fear. Suddenly you become afraid of sleeping, waking up, going to work, returning from work, eating or doing other things. or several things. Fear is a spirit, which torments

“If you have anxiety, always worried about tomorrow, your children, husband, wife, you are always worried, then you need deliverance, Worry robs you of joy but if joy is coming in the morning, why must I worry at night? I will serve GOD with gladness because my tomorrow will be alright.

“You know you have to move into light when you have self-destructive habits. Many of us have habits that are injurious to our health and yet we can’t stop it. Many of us indulge in things forbidden by God, so we need deliverance.

“It is normal to cry in some circumstances, but when you begin to nurture sorrow as if it is a friend, you need deliverance.

“Disobedience is when you know the will of God you refuse to do them. In that case, you need deliverance.”

To cap the message, pastor Adeboye reminded the congregation about what God expects of them as His ambassadors. He said God expects them to be His voice and witness; to set the captives free through deliverance, and cast out demons

On soul-winning, he gave an example of one of his former students called Moses, whom God loved. “I had a son, a spiritual son, called Moses. He was my student at the University of Lagos. This man loved the Lord. I mean he was an incurable soul winner. If you were in the same taxi with Moses, he would either win you over to Christ or you would be tired of him and ask the taxi driver to drop you off. If Moses saw a goat that looked like a human being, he would preach to the goat!”

The night ended with intense deliverance prayers by the congregation led by Pastor Adeboye and other clerics from the altar.

Earlier that night, special prayers were offered for educational development in the country; and for widows, singles and the barren.