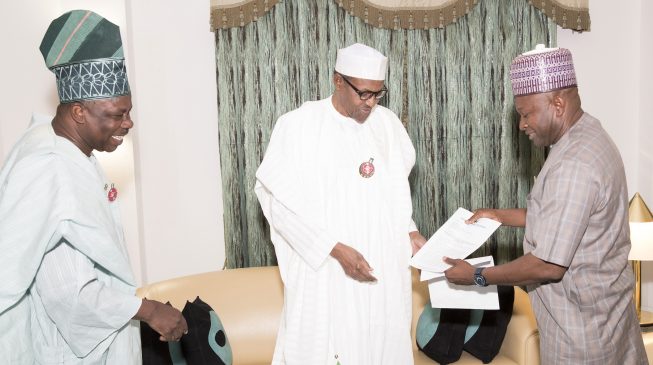 Ibikunle Amosun, governor of Ogun state, and Yusuf Dantalle, national chairman of Allied Peoples Movement (APM), on Monday presented a letter adopting President Muhammadu Buhari as the presidential candidate of the party for the 2019 election.

APM is the party where Adekunle Akinlade, preferred governorship candidate of Amosun defected to when he failed to secure the ticket of the All Progressives Congress (APC) for the 2019 gubernatorial election.

The party had last week said it has resolved to resist extension of political hegemony to the state by “external forces” by voting the candidate of their choice in 2019 general elections.

Speaking to state house correspondents after meeting Buhari, Amosun said, “You will recall that just last week we made public that APM has adopted President Buhari as their presidential candidate. I had promised to bring the letter they had given me to present to him and that is what we came to do today.

“And you know Mr. President is a very gracious human being, he is a man with a good heart. He said if a party has adopted him, it is only fair he acknowledges the party and the chairman. That is why we are here. 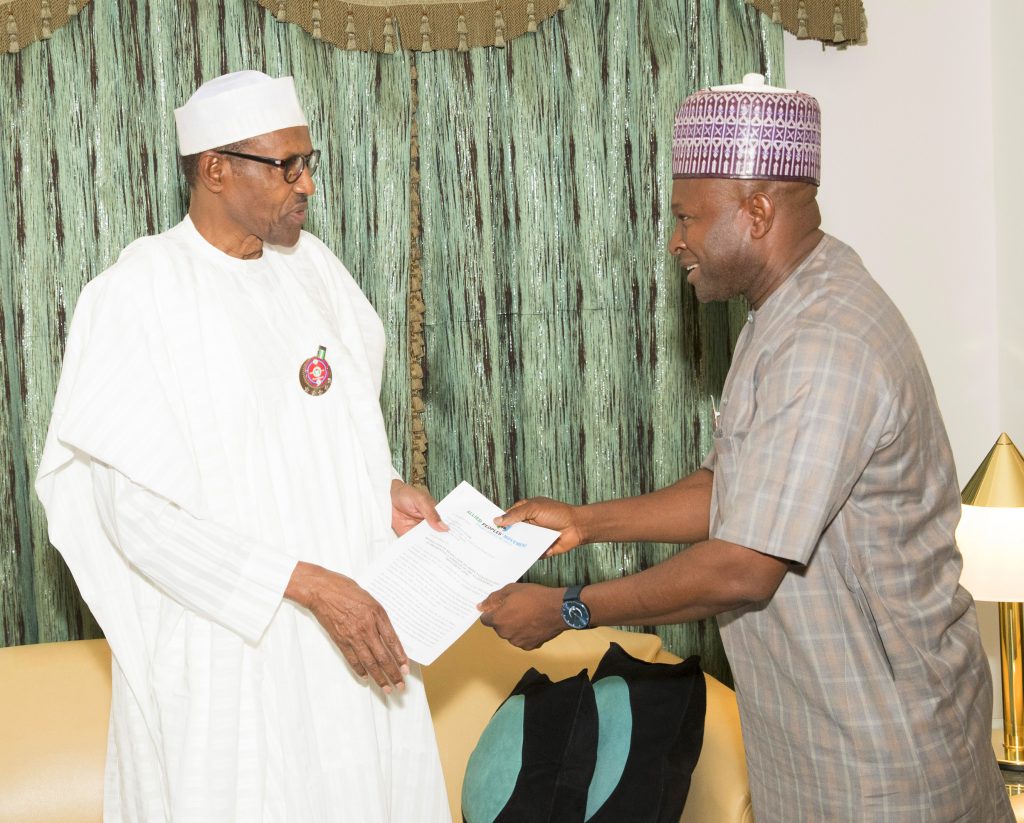 The governor, however, declined to comment on the threat by Adams Oshiomhole, national chairman of the ruling party, to expel him.

“I don’t want to comment on that. We came for this, let’s restrict ourselves to this. I want my president to win, what else do you want? We must win that is it!”

Oshiomhole had taunted APM for campaigning with the pictures of Buhari.

Dantalle, on his part said the adoption is just a formal thing.

“Personally I believe in him and reason being that I love my country and I don’t have any other country apart from Nigeria,” he said.

“And Buhari is the only man with the sincerity of intent to take Nigeria to the next level. This is not the Nigeria I was born into but I see that Nigeria coming back only though Buhari.”