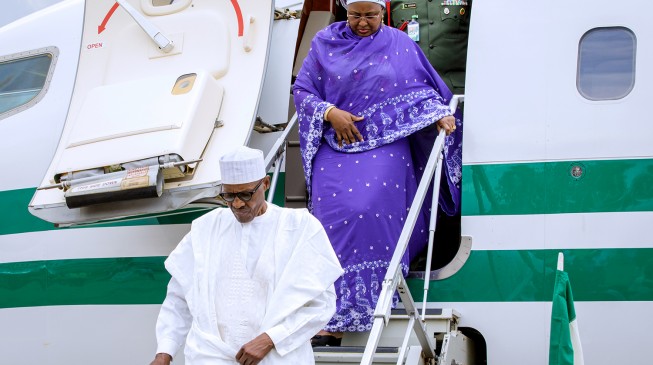 President Muhammadu Buhari has responded to the allegation of Aisha, his wife, that his government has been hijacked.

On several occasions, the wife of the president has said a few people are calling the shot in this administration at the expense of Nigerians who brought it into power.

Speaking at a leadership summit in Abuja earlier in the month, Aisha challenged Nigerians to fight the “two or three people who have dominated this government”.

“Our votes were 15.4 million in the last elections and after that only for us to be dominated by two people… this is totally unacceptable,” she had said.

But in an interview with the Voice of America, Buhari said that is her business.

He also challenged those making allegations that a cabal is in charge of his government to substantiate their claims.

“Have you heard of the word cabal? People have been alleging that there are some few people in charge of this administration, that you are not the one in charge. Even your wife said something about this recently, what do you have to say about this?” the journalist asked him.

Responding, Buhari said: “That’s her business… This shows I am a real democrat… What they are saying is different from what is happening. They should come out and say those things they feel was staged managed by the cabal. What the cabal force to me to do. They should mention just one thing.” 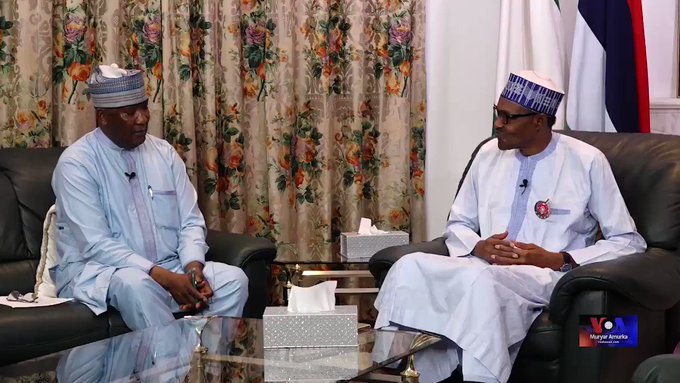 382 people are talking about this