Despite endorsing Atiku, Obasanjo insists he won’t campaign for any party 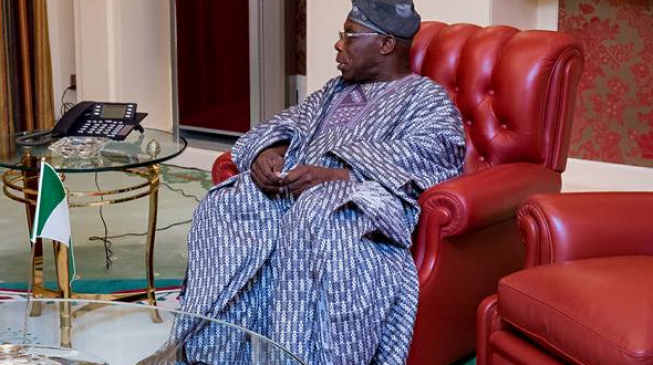 Former President Olusegun Obasanjo says Nigerians should vote for the party that would improve the country’s economy and alleviate the people’s suffering.

He said this on Saturday at the 27th Owu national convention held in Iwo, Osun state.

Obasanjo, who recently endorsed Atiku Abubakar, presidential candidate of the Peoples Democratic Party (PDP), said he will not campaign for any candidate or party.

He said: “This is not a political gathering, but we can talk politics a little. Last year, we had this event in Ibadan. This year, we’re having it here in Iwo. Next year, we may go to Kwara because we also have Owu people in Kwara.

“Another election is near, open your eyes and vote wisely. Vote only the party that won’t add to your suffering. The economy must return to a better state. Look at parties that have governed this country and choose that one that will return Nigeria’s economy to a better state.

“I am not campaigning for any party or candidate and I won’t do that. But I urge you to open your eyes and vote wisely. Only credible leadership can guarantee good governance and that is what the country needs now.”

Obasanjo has been critical of President Muhammadu Buhari’s government.

Accusing the government of poor economic management in a letter in January, the former president warned Buhari against participating in the 2019 election.

“The lice of poor performance in government – poverty, insecurity, poor economic management, nepotism, gross dereliction of duty, condonation of misdeed – if not outright encouragement of it, lack of progress and hope for the future, lack of national cohesion and poor management of internal political dynamics and widening inequality – are very much with us today,” he had said.