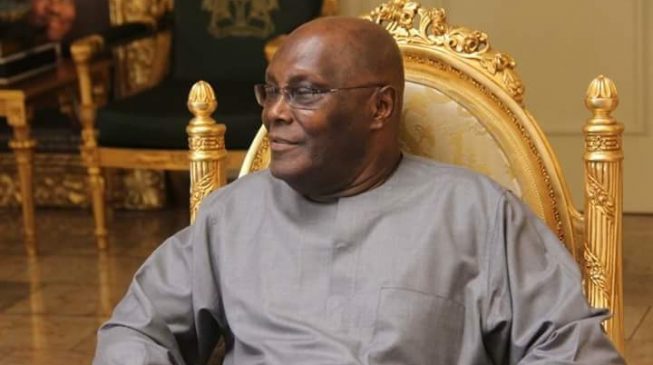 An apartment in a building occupied by Aliyu Abubakar and Mustapha Abubakar, sons of Atiku Abubakar, presidential candidate of the Peoples Democratic Party (PDP), was searched by operatives of the Economic and Financial Crimes Commission (EFCC) in Abuja on Saturday.

According to Premium Times, the building, which is in Maitama neighbourhood, also houses an apartment occupied by Chiemeka Orji, son of Theodore Orji, former governor of Abia state.

The raid comes a day after there were reports of restriction on the bank accounts of Peter Obi, vice-presidential candidate of the PDP.

But the EFCC and the Independent Corrupt Practices and Other Related Offences Commission (ICPC) denied freezing the accounts.

The newspaper quoted another source as saying the home of Abubakar’s children was the primary target.

Tony Orilade, a spokesman for the EFCC, said he has no immediate knowledge of the operation, but expressed strong doubts that Abubakar’s son’s home could be raided.

He said the EFCC has been investigating Orji, and it was possible the former governor’s children were the target of further investigation into how state funds were used during his tenure from 2007 to 2015.

But Paul Ibe, spokesperson of Abubakar, confirmed the news on Sunday, saying the officers who conducted the “grievous act of intimidation were unable to find anything implicating.”

Sources were quoted as saying neither Aliyu nor Mustapha was in town when the anti-graft agents arrived but those with whom they share the building with were reportedly taken to the EFCC office and some of their properties confiscated.

“When the EFCC officers arrived on Saturday, they met Theodore Orji’s sons at home, because they both live in the same building.” a source was quoted to have said.

“They asked to see the apartment of Aliyu and Mustapha Atiku-Abubakar but Theodore Orji’s sons refused to show them, saying their friends are out of the country, anyway.

“The EFCC operatives then said they have intelligence that a large cache of dollars had been kept in the apartment which they had come to recover.

“They forcibly searched the apartment, but there was no hard currency or anything that could be construed as fraudulently damning.”

Chiemeka and his brother were reportedly released after they were questioned at the EFCC office, but two cars belonging to them are still in possession of the anti-graft agency.

On November 11, operatives of the Department of State Services (DSS) had searched the jet that brought back the presidential candidate of the PDP back to Nigeria from Dubai.