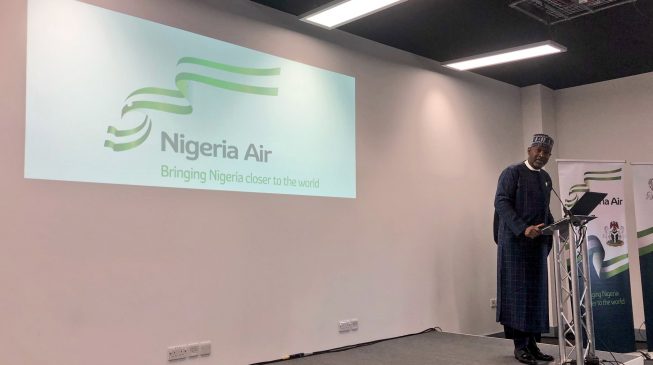 In 2018, the Nigerian economy continued in the direction of double-digit inflation and constant intervention to keep the Naira at N360 to the US dollar.

Apart from all these, there were some shocking events that the economic landscape had to deal with during the year.

Here are some of them:

In February, TheCable reported that Kemi Adeosun, former minister of finance, proposed a review of the excise duty for cigarettes and alcoholic beverages.

In October, Nigerian Breweries blamed the new excise duty for the dip in its profit.

In August, the Central Bank of Nigeria (CBN) announced that MTN Nigeria would have to refund $8.1 billion that was allegedly repatriated from the country using irregular certificates of capital importation.

It also fined Citibank, Diamond Bank, Stanbic IBTC Nigeria and Standard Chartered Bank a total of  N5.87 billion for issuing the certificates to the company.

The matter has been resolved and the telco would now pay $53 million instead.

Dreams of Nigeria becoming the proud owner of a national carrier was cut short barely three months after the proposal was announced in July.

The Infrastructural Concession Regulatory Commission (ICRC) had issued the public-private partnership certificate and all seemed to be going well with the project as meetings with proposed investors and stakeholders were made public.

In September, Hadi Sirika, the minister of state for aviation, announced that the national carrier project has been suspended indefinitely.

Three months after it was reported that former minister of finance Kemi Adeosun forged a certificate of exemption from the National Youth Service Corps, she tendered her resignation.

Although the time between the initial report was published in July and her resignation in September was fraught with various commentaries, her resignation was termed as unusual in the Nigerian political landscape.

It was an unpleasant September weekend for customers and shareholders when the Central Bank of Nigeria (CBN) and Nigeria Deposit Insurance Corporation (NDIC) announced that the licence of Skye Bank had been revoked.

Although Polaris Bank took over the assets and liabilities of the bank, customers and shareholders had to deal with the initial panic.

After the September drama in Nigeria’s economic landscape, December proved that it had its own bite.

TheCable reported exclusively that Access Bank had acquired Diamond Bank. The merger, which is expected to be completed in the first quarter of 2019, will see Access Bank become the largest bank in the country.

Femi Otedola, Nigerian businessman and billionaire, is popular for owning the majority of Forte Oil.

He, however, announced that he would be selling his 75% stake in the company to maximise the opportunities in refining.