Fayose to Buhari: You should be on your way to Baga — not Uyo 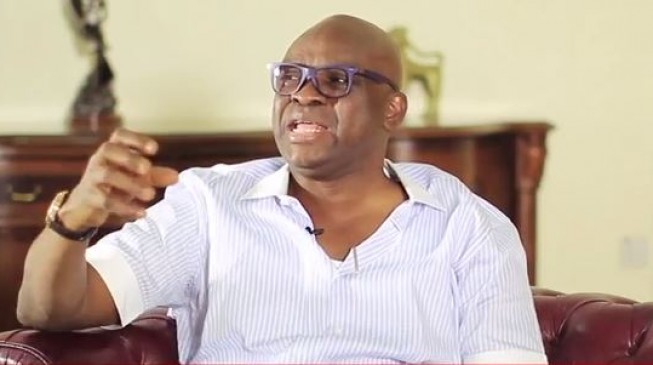 Ayodele Fayose, former governor of Ekiti state, has advised President Muhammadu Buhari to suspend the presidential campaign in Uyo, Akwa Ibom state, and visit Baga in Borno, where Boko Haram struck recently.
The All Progressives Congress (APC) is about kicking off its reelection campaign in Akwa Ibom.
At the end of a meeting at the presidential villa on Thursday, Adams Oshiomhole, national chairman of the ruling party, said he was in a good mood for the flag off of the exercise.
But in a tweet on Friday, Fayose said it was more important for the president to assess the situation in the north-east than to focus on his reelection.
“My heart goes to our gallant soldiers and the civilian residents in Baga, Borno State. May the Almighty Allah (Subhanahu wa ta’ala) preserve their lives. In a moment like this, methinks the President of Nigeria should be heading towards Baga and not Uyo for political campaign,” he tweeted.
Although the military has denied that Boko Haram insurgents captured Baga, a resident told TheCable that the sect hoisted its flag there on Thursday evening.