Galadima: Buhari will not be Nigeria’s president by May 29 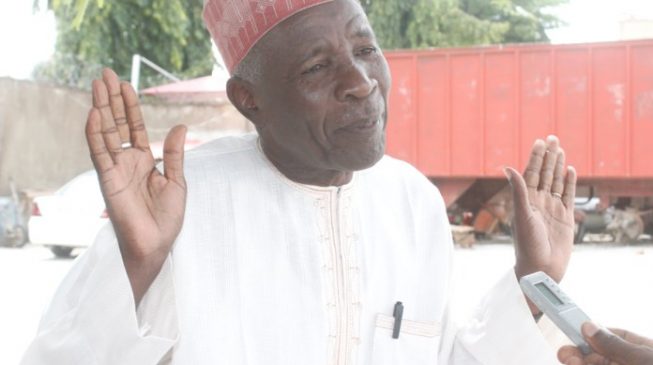 Buba Galadima, a spokesman of the Peoples Democratic Party (PDP) presidential campaign organisation, says Muhammadu Buhari will not be Nigeria’s president come May 29.

Galadima said this while speaking on Sunrise Daily, a Channels Television programme, on Wednesday.

He made the comment in reaction to a statement by Ayo Arise, a former Ekiti senator, who said the president has integrity.

But the PDP campaign spokesman said since Buhari has left the signing of the electoral act amendment to a new government, Atiku Abubakar, PDP presidential candidate, would assent to it in 2019.

“You have waylaid me by bringing an advert promoting APC in this programme where I participate which I rarely afford to, however, I will want to say that sharing of money, TradaMoni, in the market has a history and the history is that can you remember Lawrence Anini in Benin who was sharing money in the market?,” Galadima said.

“Those who share money in the market, unappropriated money, unbudgeted money, from the so-called Abacha Loot are armed robbers because they are doing something that they cannot account for.

“I also want to say that the issue as to whether general Buhari or the president will sign the electoral act in January, I want to remind the senator that the president has not said so and I quote the president he said he is leaving it to the next government.

“Of course, God will answer his prayers because by May 29 he will not be president of Nigeria. So when we come in, it will be the first duty of Mr president, Atiku Abubakar to sign that electoral act.”