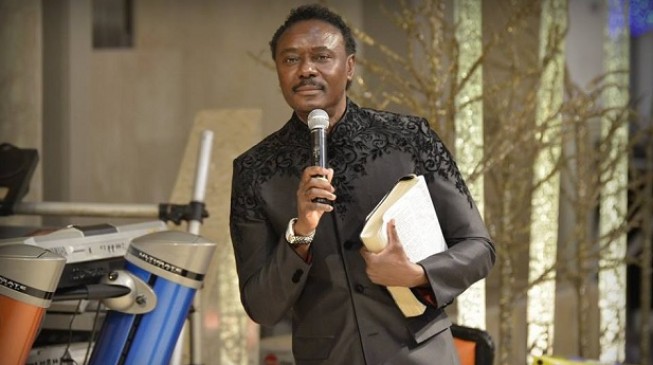 The Household of God Church has awarded the Karis award to Reginald Akpofure, the first Nigerian principal of King’s College, Lagos.
In a statement on Thursday, the church said Akpofure would receive the award during the annual God’s Riches At Christ’s Expense (GRACE) programme scheduled for December 16 in Lagos.
Chris Okotie, pastor of the church, was quoted as saying the award is given each year to a “distinguished but unsung Nigerian” whose contributions to society is not widely recognised.
“The church uses the GRACE platform to celebrate such individuals,” the statement said, listing past awardees as Murtala Mohammed, late head of state; Aminu Kano, late prominent politician; Margaret Ekpo, late activist, Gani Fawehinmi, late activist among others.
The statement further said four charities receive N2 million each from the church, during the programme conceived “almost 30 years ago.”
“Every year, GRACE which holds the Sunday before Christmas and attracts movers and shakers of society from all walks of life,” it added.
“He (Okotie) expanded the GRACE vision with the introduction of Karis award in 1996, as an award to unsung heroes and heroines, whose contributions to society are not well appreciated in their generation.
“Thus Karis, first given posthumously to famed mathematician, Prof. Chike Obi, has been awarded to other achievers across Nigeria the roll call of past awards reflects the nation’s ethic, religious and gender diversities, without sacrificing merit.”