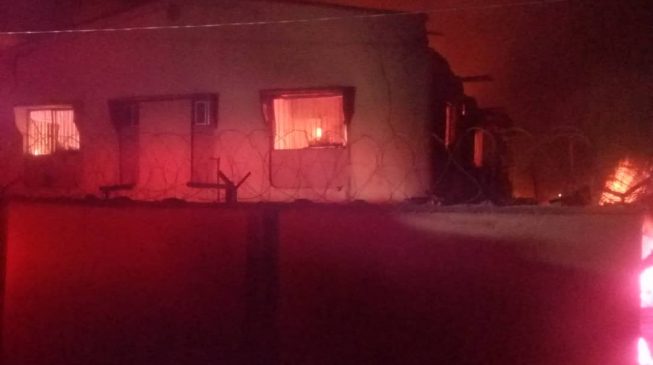 A fire outbreak erupted in Abule-Egba, a community in Lagos, in the early hours of Wednesday, following an explosion caused by the alleged activities of pipeline vandals.
Properties and vehicles worth millions of naira were consumed in the inferno as residents scampered for safety.
The incident resulted in an oil spillage at Tipper Garage Bus Stop, Agege.
“On arrival at the incident scene, the spillage from what appears to be bunkering activities came in contact with an ignitable source,” the Lagos Rescue Unit said on Twitter.
“The impact resulted in inferno as it ravaged houses and cars.
“Lagos Fire Servicemen and LRU fire men are on ground to combat the inferno in order to curtail the further spread to adjoining buildings and also the nearest filling station.”
Firefighters and LRU officials are at the scene of the explosion to curtail the spread of the inferno to adjoining buildings and the nearest filling station.
While the operation is currently ongoing, traffic around the area has been diverted to other routes.