I spoke with sister — not wife of fallen hero, says Atiku 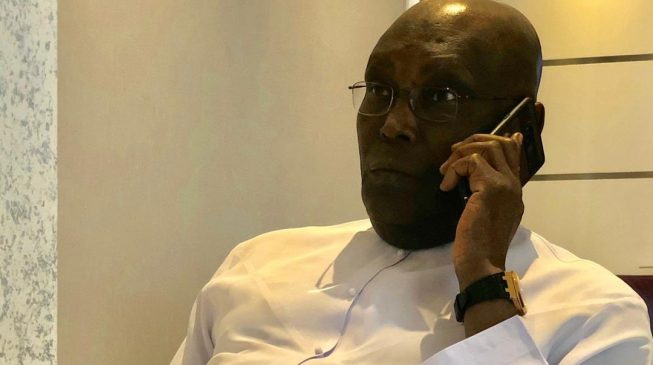 Atiku Abubakar, presidential candidate of the Peoples Democratic Party (PDP), has spoken on the controversy surrounding his communication with the family of Ibrahim Sakaba, a lieutenant colonel of the Nigerian army, killed by Boko Haram in Borno state.

Sakaba was one of the 44 soldiers killed by Boko Haram insurgents during an attack on 157 task force battalion in Metele, Borno.

Tweeting via @Atiku, his verified handle, the presidential candidate had said he condoled with the widow of the deceased on the phone. 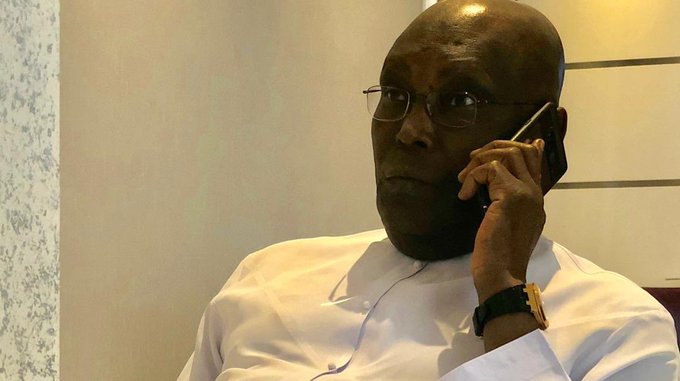 This Christmas, I urge all Nigerians to spare a thought for our military on the frontlines on the war on terror. I had cause to telephone Lt. Col. Ibrahim Sakaba’s widow this Yuletide. I am touched by her devotion & love for her husband who paid the supreme sacrifice for Nigeria.

2,788 people are talking about this

But in an interview with PUNCH, the widow said she never received any call from Atiku.

“Why the lies? I have not received any call from Atiku please,” she was quoted to have said.

Following the criticism which trailed the woman’s comment, Atiku issued a statement, saying he spoke with the sister, not wife of Sakaba.

“Following the death of Lt. Col Ibrahim Sakaba during the Boko Haram insurgents’ attack on 157 Taskforce Battalion in Metele, His Excellency Atiku Abubakar’s staff has made efforts to get the contact of his widow to enable the former Vice President express his condolences over the loss of the fallen hero,” the statement read.

“Over the weekend, Atiku Abubakar was availed with phone numbers of Mrs. Sakaba and Maryam, younger sister of the late soldier, in the alternative.

“On Sunday, the former Vice President tried albeit unsuccessfully to contact Mrs. Sakaba but was able to eventually speak with Maryam, younger sister of the gallant soldier during which he expressed his deepest condolences to the family.

“However, this communication was erroneously communicated. The error is regretted. Atiku Abubakar, however reaffirms his deepest condolences to the Sakaba family, which sacrifices, like those of their brave son, keeps us safe.”