I was diagnosed dyslectic; your child could also be dyslectic — learn from my story 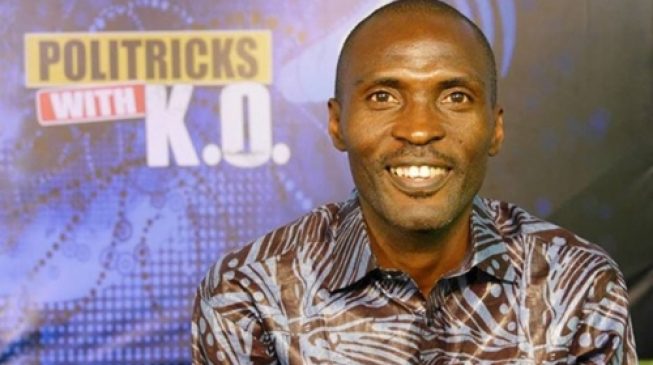 My name is Kayode Ogundamisi and the following was published on Twitter as a thread. Since publishing the thread, I received overwhelming messages from parents and fellow compatriots who are dealing with the issue of dyslexia. Many compatriots requested it should be published as an article.

Here is my experience with dyslexia. It is a personal non-political message, it is an issue I always do not want to talk about, or too embarrassed to acknowledge, but that changed one night during a conversation with my 12-year-old daughter. It is about dyslexia

I started my formal education at Command Children School Ikeja Cantonment in Nigeria. Dad was in the army as an ‘order rank’ but he was resolute to have me attend the prestigious CCS meant for senior Nigerian Army officers, he convinced his boss, then a major in the Nigerian Army, Major Dasilva, to enrol me as he would his own son.

Dad did not want me to attend Army Children School (basically for ‘other ranks’) staff sergeants down to private in the Nigerian Army. He would pay my school fees (more than half his salary) directly into Major DaSilva’s account. That was how I ended up being enrolled in Command Children School Ikeja.

Command Children School had upper class elite military officer’s kids. In class, we had a child of a former and then head of state, kids of most members of the ruling armed forces, generals etc. I did not fit in, always skiving to Army Children School in the same cantonment.

Though Command Children School was ‘cool’ we had ‘FAN milk’ ‘Gala’ and all sorts of exotic food, we even had tea in our hall with PEAK MILK supplied, a piano in the hall, even ‘White teachers’, my heart was always in Army Children School; authentic and represented my social reality.

I managed to complete my education at Command Children School but that was where I first had the word dyslexia.

Mrs Kukoyi would describe a few of us as being “dyslectic”. It never made sense to me, never bothered to find out what it meant. Was not really interested in Command Children’s School.

Despite my truancy at Command Children School, I was famous for being a good debater, a star goalkeeper for the school soccer team and ‘the go guy” by the ‘ajebotas’ for all the thrilling news in our ‘ajepako’ world. After primary school, I gained admission into Command Secondary School Ipaja but dad could not afford Command Secondary School.

Lucky for us, the progressive Unity Party of Nigeria won the election in Lagos and South West Nigerian States and that was the party of Chief Obafemi Awolowo, whose party had a policy of free and qualitative education for all as part of its party manifesto. Lateef Jakande who was Lagos governor took over all missionary schools and dad enrolled me in the first Muslim School in West Africa Anwar Ul Islam College in Agege, a Lagos suburb.

Anwar Ul Islam College, formerly Ahmadiyya College, was established in 1948. Before UPN threw it open, it was mainly available for elite wealthy upper-class Muslims and very few wealthy upper-class Christians, but with the new policy of free education for, all I enrolled and integrated well with my mum being Muslim and my dad a non-practicing Christian.

At Anwar Ul Islam College, I was fortunate to have an environment thanks to Jakande and Awolowo that broke social barriers. I had no inhibitions, I was a guy from an ‘ajepako’ background, who attended an ‘ajebota’ school and had the best of both worlds. I became a star from Form 1. At Anwar Ul Islam College, I never heard the word dyslexia, I did well in school, was amongst the top 3 students in class from form 1-5 in the subjects of Literature, Government and History.

Despite leading and representing my school and Lagos state in debates with my colleagues and defeating top schools like the elite Kings College Lagos in literary and debating challenge finals, my writing was very poor.

I would take notes in class, go home and be unable to read my own note. I had to rely on schoolmates who lived in our Alimosho neighbourhood to read notes they had taken and then go into exams. My main English teacher Mrs Oladipupo never gave up on me. I sat for the West African Examination Council exams and scored A2 in Literature and A3 in English.

From college, I proceeded to Fed Polytechnic Nasarawa to study business administration, then left for University of Jos, graduating with a 2nd class degree in Political Science and then a diploma in journalism at the Nigerian Institute of Journalism and followed up graduating with master’s in Public Administration from the Ogun State University. Not a word on dyslexia was ever mentioned as I successfully completed my journey. I knew it was tough but I was determined and earned my academic qualifications.

When I moved to the UK having migrated and lived in Holland and Germany, I decided to go for a Masters in International Relations, got admitted, wrote my first assignment and my Professor (Late Professor Gowan) called me into his office and suggested I go for dyslexia screening assessment. The words of Mrs Kukoyi’s many years ago as a child in Command Children School echoed.

I took my professor’s advice and went for a dyslexia screening assessment in London. What was identified by my primary school headteacher, never mentioned in secondary school, never came up at UNIJOS, NIJ or OSU became real. It was confirmed that I had some form of dyslexia and needed support. My university in London gave me all the support needed and I graduated with another Masters in International Relations. My thesis on small and light arms proliferation was adjudged outstanding and refreshing.

So, I had been dyslectic without knowing, without support and faced the challenge in Nigeria. There will be a child in Nigeria now in my position, a parent yet to identify a dyslectic child, how we view and treat dyslexia and other related issues in Nigeria needs to change. We cannot keep applying the ‘koboko’ solution if a child shows slow signs of progress in school.

In today’s world, assistive technology products and services are available to support people with dyslexia and those with other forms of disabilities. Teachers and parents need to be trained and supported on how to identify and deal with children with dyslexia, education reform should include support needs.

Dyslexia isn’t a disease, it is a learning disability related to slow reading, writing, and occasionally speaking skills. The education ministry in Nigeria hopefully should have a training programme that will equip teachers to identify kids with dyslexia.

Several great people in our world are dyslectic and it did not stop them from being great and impactful in our society. Our attitude must change.

But for that conversation with my daughter, my dyslexia assessment test in London, the attendant result and support I received would just have been my little secret, but if my thread here will help just one parent, one person, then my world is made.

To learn more about dyslexia, just type the word on Google. Since publishing that article on Twitter, I have also realised a lot of my compatriots are dealing with the same issue but do not want to be stigmatised.

It is also reassuring that we have many groups supporting children dealing with dyslexia, you can identify one, join them and seek professional support, you can also seek the help of psychologists. Don’t let your child wait his or her entire adult life to discover they could have done more as a child. I overcame life’s challenges without knowing, not a lot of our children will have the same opportunity that I had.

*Koboko (“A long flexible whip made of cow skin or horse tail the word “koboko” was originally used by the Hausas and Fulani of Northern Nigeria to describe a horsewhip or a highly dreaded whip used by military officials in disciplining the unruly”).

*Ajebota (“An ajebota (pronounced ah-jay-butta) is someone who lives a privileged, pampered life. In Nigeria”).

*Ajepako (“An Ajepako is someone who did not live a privileged, pampered life and predominantly from working class poor areas”)