Kenny Martins: Nothing can be done about the economy until the next set of leaders emerge 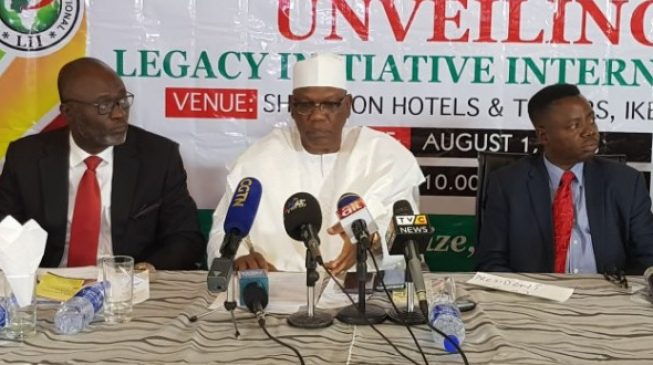 Kenny Martins, grand patron of the Legacy Initiative International (LII), a non-governmental organisation, says nothing can be done about Nigeria’s economy until the next set of leadership emerges.

Martins said this on Tuesday at a press conference organised by the LII in Lagos.

President Muhammadu Buhari had on Friday said the Nigerian economy is in a bad shape, and Martins, while fielding questions from journalists at the presser, corroborated this.

“We cannot do a campaign for national elections and still have attention to address economy. It doesn’t work. That’s why in every country there is always a law in campaign term. Even the owners and the drivers of the economy they take a holiday, they take a break because they are watching who is going to emerge, what are the policies he wants to drive, how does that affect what I want to do?

“So they wait for their campaign promises, talks and it’s only after they have listen to them and they silently pray for their own candidates, that’s when whoever wins becomes the centre of their focus and the fulcrum for economic development. So, nothing can be done about the economy until the next set of leadership emerges in terms of presidency and governorship.”

He said LII wants to be recognised globally as an electoral monitoring organisation whose interest is free and fair election.

According to him, some members of the organisation are currently undergoing training with the Independent National Electoral Commission (INEC) and they are expected to return, ahead of the 2019 polls, to train volunteers on election monitoring.

He applauded INEC for “doing a good job in 2015”, and he called on the commission to surpass the 2015 performance.

He also added that LII is still meeting with religious leaders to agree on who to support at the polls.

“Ultimately, we would recommend a candidate to the nation but we are still in that process, working with the leadership of the Christian and the Muslim faiths across the country and that’s the reason you saw us at the last presidential debate in Abuja where over a dozen presidential candidate came to talk to us about their manifestos and their objectives,” he said.