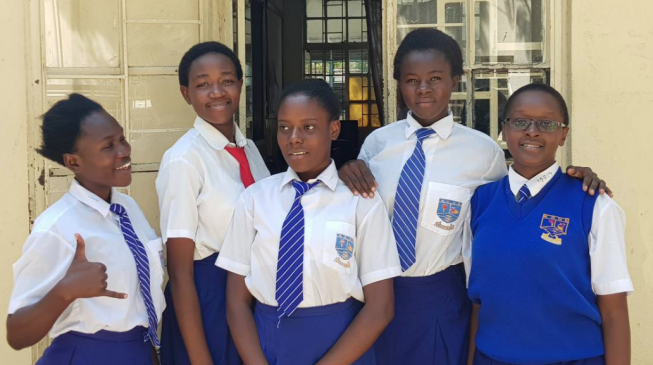 A group of Kenyan schoolgirls has emerged winners of the African of the Year award for 2018.
The girls including Stacy Owino, Purity Achieng, Ivy Akinyi, Synthia Otieno and Macrine Atienowere were selected out of several dozen nominees for developing a mobile application called I-cut.
The newspaper said in a statement issued Thursday that the application has become a “very useful tool” in the war against female genital mutilation (FGM).
Although FGM is illegal in Kenya, it is said to still being widely practised in the country as well as in other African countries.
“The five girls, aged 15 to 17, call themselves “the Restorers”, the statement said.
It also quoted one of the girls — Otieno — as saying they adopted the name because they want to “restore hope to hopeless girls.”
“I-cut is a slick mobile application that connects girls at risk of circumcision with rescue centres. It also gives legal and medical help to those who have been subjected to FGM,” the statement read.
“The Restorers” are partnering with several non-governmental organizations in their mission to eradicate FGM. They were Africa’s only representatives at Google’s 2017 Technovation Challenge which took place in Silicon Valley, California, USA.”
It added the girls will be honoured at a ceremony in Abuja in January 2019.
Photo credit: Reuters