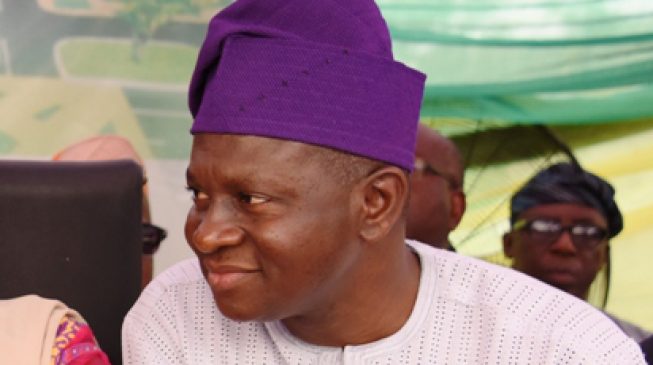 Wale Oluwo, Lagos state commissioner for energy and mineral resources, has quit the All Progressive Congress (APC), vowing to work for Jimi Agbaje, candidate of the Peoples Democratic Party (PDP) in the next governorship election.

A source in the party told TheCable that Oluwo has reached out to the camp of Agbaje ahead of the election.

The aggrieved APC member has also quit the cabinet of Akinwumi Ambode, governor of the state.

In his resignation letter, seen by TheCable, Oluwo accused the leadership of the ruling party of being anti-democratic in the process through which Babajide Sanwo-Olu emerged as the flagbearer of the APC in the 2019 governorship election.

Sanwo-Olu, who enjoyed the support of Mandate Movement, a group loyal to Bola Tinubu, a national leader of the party, made history by beating a sitting governor to the ticket of the party.

Oluwo said the governorship primary has diminished the reputation of the APC in the state.

He alleged that a powerful group in the APC had been violating the principle of separation of powers and “intimidating critical institutions of democracy in the state”.

Oluwo, like Ambode, is from Epe local government area of the state:

Below is the letter he sent to the chairman of the APC in Lagos:

A few hours ago, I submitted to His Excellency, the Governor of Lagos State, a letter of resignation of my appointment as the Honourable Commissioner for Energy and Mineral Resources. Consequently, as a registered member of the All Progressives Congress, I have deemed it necessary to formally notify you of my intention to reconsider my membership status.

My decision to resign is not unconnected with the events of the last few weeks, which have created a heavy moral burden for me. I have found it rather difficult to come to terms or rationalize the party’s conduct of the October 2018 primary elections, which were largely characterized by massive voter disenfranchisement, intimidation, violence, undue influence and non-compliance with all known principles of democracy. In the particular case of the gubernatorial primary, which was conducted using the “open ballot” option in violation of the guidelines of the APC that specified the “open-secret ballot” option, it is clear to me that the core principles of merit, competence, justice and fairness have been sacrificed by the APC on the altar of political expediency.

The integrity-deficient nature of the primary has significantly diminished the hard-earned reputation of our State as a reference point for free and fair democratic practice. Ihave struggled for weeks to understand the rationale for the apparent desperation and brigandage brazenly displayed by the party apparatchik in the various elections. Ihad never thought such vicious attack could be unleashed on the progress that the state had made in its steady democratic journey.

The indifference of the APC to the continued use of an arm of government by a powerful group within the party, to intimidate critical institutions of democracy in the State, undermines the doctrine of separation of powers, creates an atmosphere of uncertainty and impairs government’s ability to implement policies and programmes that will benefit the majority of the people. This is in conflict with my strongly held belief that group interest, no matter how powerful, must be subordinated to the interest of the majority.

I am convinced that the present atmosphere of encirclement will not abate anytime soon. I therefore resign my membership of the All Progressives Congress, immediately.