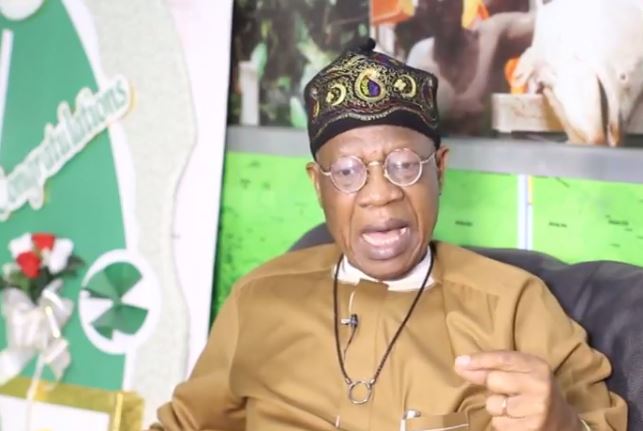 Mohammed said this on Thursday while speaking at the 47th national council of information in Kaduna state.

The minister said the media must lead the campaign against fake news and hate speech.

“We are not just saying it now, we said so as far back as 2017. The media will bear the brunt, if the people lose confidence in them because of fake news.

“This is why the media must lead this campaign. I have always said that hate speech is not free speech. While the Nigerian constitution guarantees freedom of speech, it does not guarantee freedom of hate speech.”

The minister said the government does not intend to resort to coercion or censorship.

“Others have said only punitive actions will serve as a deterrent. we the way out. But we have consistently said we do not intend to resort to coercion or censorship,” he said.

“Rather we have been consistently appealing to the sense of responsibility of all Nigerians. We have also been urging the media to take the lead in this campaign.”

The minister asked Nigerians not to share any information they could not vouch for on the social media.