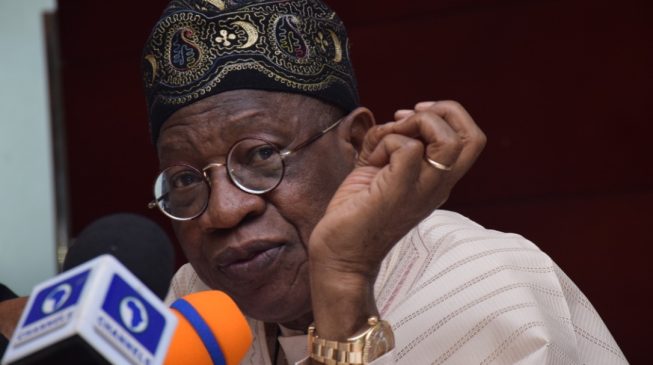 Lai Mohammed, minister of information, says the executive will not exchange words with legislature.

Mohammed said this while reacting to a comment Senate President Bukola Saraki made on the 2019 budget.

On Wednesday, President Muhammadu Buhari presented a N8.83 billion budget to a joint session of the national assembly.

Speaking when he hosted some civil society organisations in Abuja, Saraki who is director-general of the Peoples Democratic Party (PDP) presidential campaign, said the budget “has no hope for anybody”.

But speaking with journalists at Aso Rock on Friday, the minister said the executive presented a budget based on the circumstances of the country.

He said the government had met all its promises to Nigerians and would deliver more.

“To the best of our knowledge, we presented a budget given the circumstances of our resources this year, we feel that is the best we can. It is left for the national assembly to consider it.

“I wish everybody Merry Christmas and as a government, we are happy that we have been able to meet all our promises, all our obligations to Nigerians.”