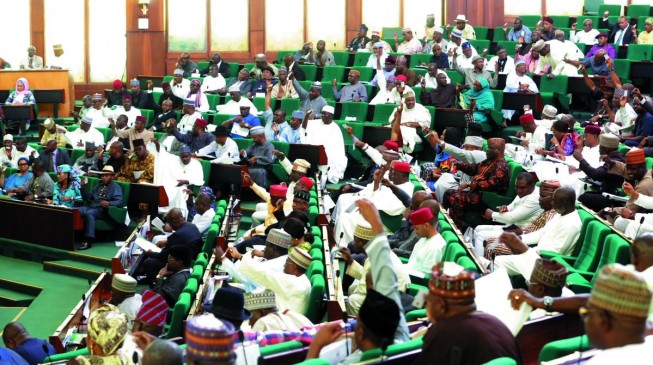 Some members of the national assembly booed President Muhammadu Buhari while he was delivering his speech at the presentation of the 2019 budget.
The action of the lawmakers made the president pause at different intervals. Some of the legislators even accused Buhari of making false claims.
When the president said the economy and security have improved under his administration, some lawmakers shouted “Lies! Lies!.
While the president’s supporters cheered and clapped in solidarity, the voice of his opponents resonated within the chamber.
Senate President Bukola Saraki and Yakubu Dogara, speaker of the house of representatives, watched as the aggrieved lawmakers kept shouting on top of their voices.
Earlier when he arrived, supporters of the president welcomed him by chanting “Sai Baba! Sai Baba!