‘Many killed’ as violence breaks out in Cross River communities 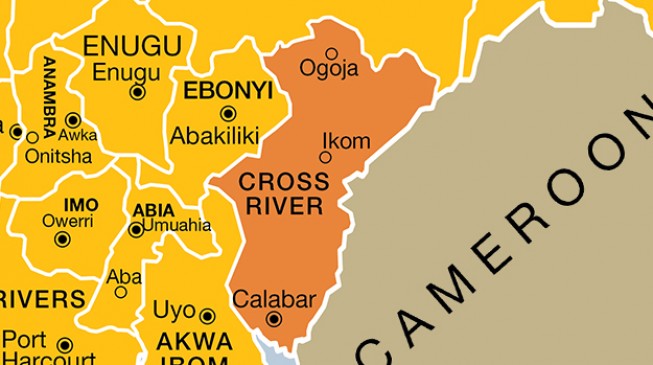 Many people have reportedly been killed in a fresh outbreak of violence in Baise local government area of Cross River state.
The crisis, which has been ongoing for many years, is between indigenes of Urugbam, Egbor, Ipene, and Abanwan communities in Baise.
A resident of one the communities, who pleaded anonymity, told TheCable that it is as a result of land dispute.
He alleged that a community sold plots of land to an individual without seeking the consent of neighbouring communities who have stake in the land.
“I need help. My village has been wiped out completely. As I am talking now, more than 100 people are shot, lying down and nobody to help them,” he said.
“I have called every place, nobody wants to hear me. Yesterday, they came and beheaded three people. Today, they have come with a power force, dressed with fake army uniform.
“My community and one community are having landed problem. One other man who came to buy the land from Anambra state is the root cause of everything. They call him Africa Stone. The land that belongs to three communities. Now the three communities in that place jointly contributed the palm trees there and continue to harvest the palms since 1992.
“Only for this year, one smaller community went and sold the land to African Stone. Now African stone begin to harvest and stop the rest of the communities from harvesting and begin to cause them misunderstanding. I went there to mediate in March and I got machete cut on my heads. I went there again in July and my car was shot at.
“We continue making efforts for government to intervene. Government came and said they ere fixing an inquiry. The deputy governor gave them one month to present the report. The report of the panel just came back Monday last week. It is that report that has instigated all the crisis. We were the owners of the land.
“The result of the panel, because the deputy governor called me and told me, is that the African Stone should vacate from that place. This man was hiring ammunition and mercenaries to kill innocent people.  They came and unleashed mayhem. Many people are in the bush.  Let the government do anything to rescue them.”
He called on the federal government and security agencies to intervene and prevent further destruction.
Another resident accused security agencies of failing to respond when they were reached.
“Almost 24hrs after the crisis was reported to the Nigerian Army HQ, the government of Cross River state, and police authority, yet no military/security response, presence or action,” he said in an email sent to TheCable.
“So far, countless people have been confirmed killed – some beheaded and their heads were taken away.
“Meanwhile, the Nigerian Army 14 Brigade in Ohafia, Abia state, is just about 10 minutes drive from the troubled location in Biase LGA of Cross River state, and I am sure they must have been hearing the gunshots going on there. Thousands of vulnerable aged men and women, children and others stranded and hiding in bushes and by the riversides urgently need help. This is really disappointing, to say the least.”
Meanwhile, President Muhammadu Buhari has called for calm and restoration of peace in the affected communities.
“Our communities must be ready to live together in peace since no development can take place in an atmosphere of recurring violence,” Buhari said in a statement issued on his behalf by Garba Shehu, his spokesman.
He urged all stakeholders to cooperate and ensure that lasting peace returned to the affected areas.