Many trapped as Boko Haram invades yet another village in Borno 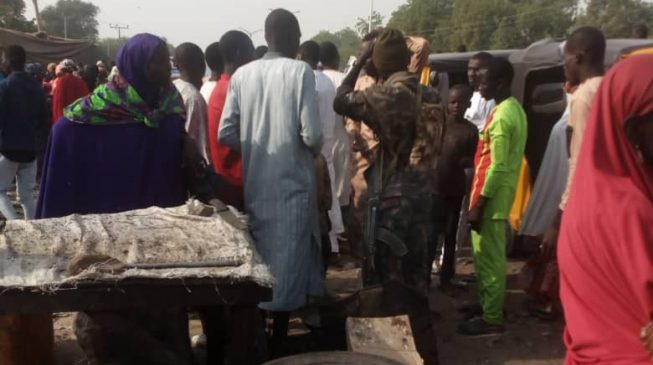 Some communities in Monguno local government area of Borno state are currently under Boko Haram attack, TheCable can report.

A resident told TheCable that Boko Haram fighters stormed Kekeno, one of the affected villages around 6pm and engaged soldiers on ground in a gun battle.

He said the attackers were well armed, adding that the exchange of gunfire had been on for over two hours.

“The terrorists came well prepared. They had different anti-aircraft guns and mounted it in different locations,” he said.

It is unclear which faction of Boko Haram is responsible for the attack but the Monguno area has seen a number of such in recent times. 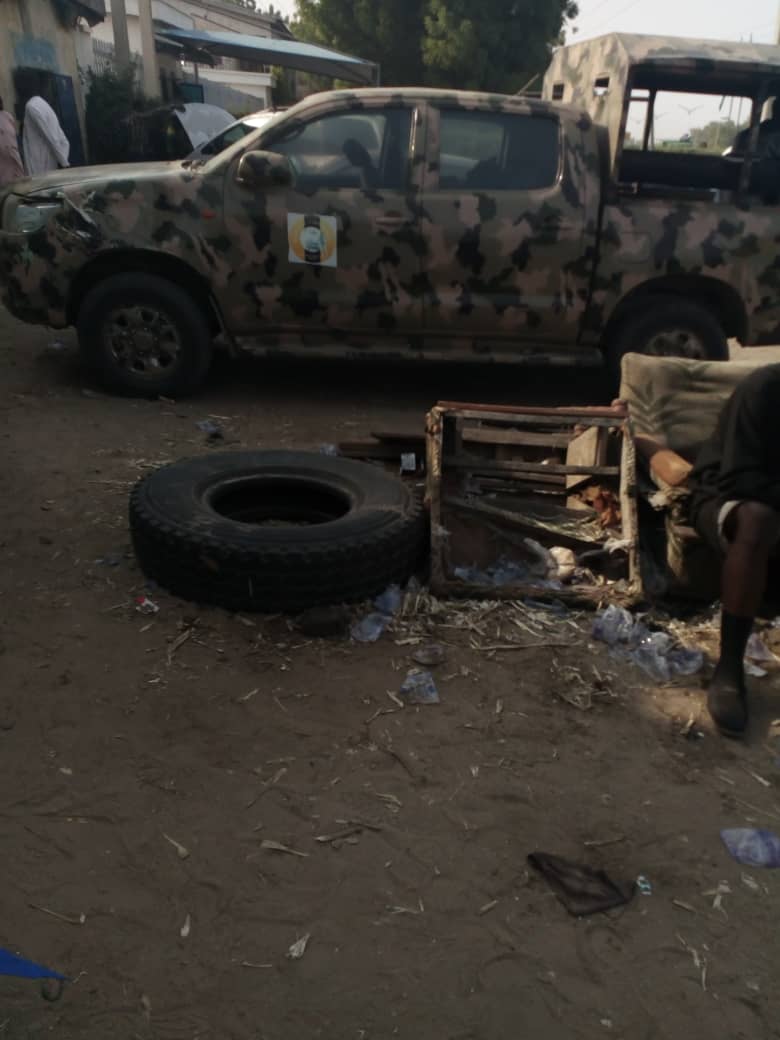 A military van at Kekeno

Malam Arramma, a resident, said the villagers took to their heels when they heard gunshots. He said many had fled to neighbouring communities.

“More than 4000 IDPs who ran from the Boko Haram onslaught in Baga have been trapped. These IDPs who are mainly children and women are currently running for their lives. Many of them are in the bush as we speak,” he said.

“They have been in Monguno since last week, I joined some of the people who tried to rescue them but I am talking to you, we are all in the bush.”

Earlier on Friday, a resident of Baga, still in Borno, told TheCable that the sect hoisted its flag in the community after overrunning a military base.

The army had dismissed this, saying it is fully in control of Baga.