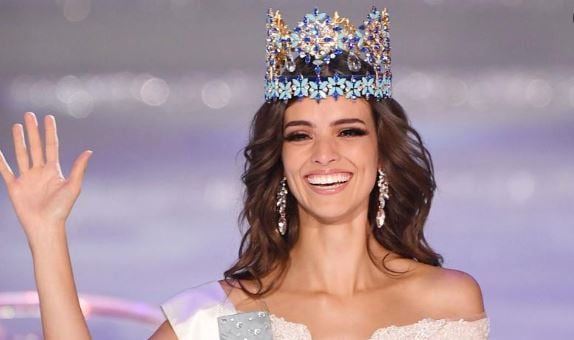 The Mexican model was crowned by the 2017 Miss World, Manushi Chhillar, at the 68th edition of the pageant in Sanya City Arena, China.

It is the first time a Miss Mexico winner has been crowned Miss World.

Vanessa, who is a volunteer for ‘Migrantes en el Camino’, won Mexico’s Next Top Model in 2014.

She has a degree in international business and sits on the board of directors of a rehab centre for girls.

“I can’t believe it, I really can’t believe it… And I think all the girls deserved it. I am proud to represent all of them. I will do as much as I can in the time I have got. Thank you so much, everyone,” Vanessa said after her crowning.

Nicolene Pichapa Limsnukan, 20-year-old Miss Thailand, emerged as the first runner-up at the pageant which held on Saturday.

It is the eighth time the Miss World final has been held in Sanya, which first hosted the pageant in 2003.