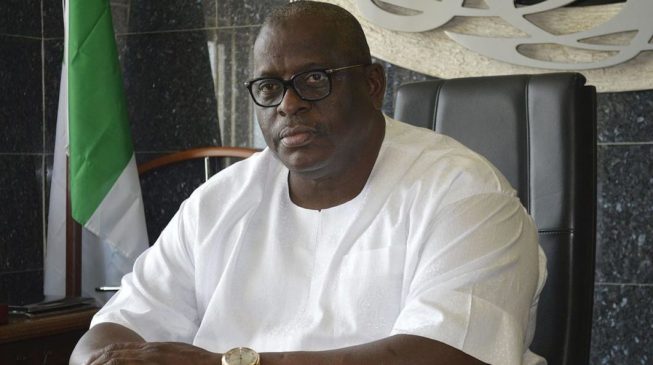 A faction of the Ogun state chapter of the Peoples Democratic Party (PDP) has presented Buruji Kashamu as the gubernatorial candidate of party in the state.

The development is coming after the party’s leadership submitted the name of Ladi Adebutu, Kashamu’s  rival, to the Independent National Electoral Commission (INEC) as its candidate.

Kashamu had vowed to fight till the end. The faction, headed by Adebayo Dayo, presented Kashamu in the state on Monday.

Dayo said come what may, Kashamu would bear the flag of the opposition party in 2019, adding that he is the man who can wrestle power from the ruling party.

“Today is the happiest day in my 40 years in politics. I have never seen any leader after the death of Obafemi Awolowo that is so important and famous and a good leader,” Dayo said.

“Today is a day we can never forget in the history of this town. We have never had it so good except when Baba Awolowo was alive. This is our own governor.

“Buruji Kashamu will be the next governor of Ogun state by the grace of God. And I can tell you, this is the only man that can wrestle power with the ruling party.”