Ohanaeze: Until an Igbo man leads, Nigeria will continue to wallow in darkness 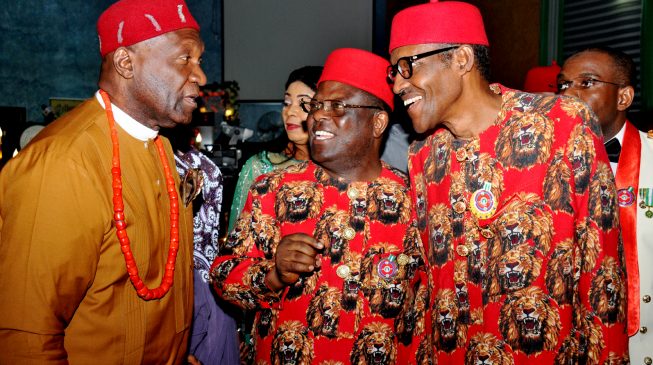 Uchi Achi-Okpaga, spokesman of Ohanaeze Ndigbo, says Nigeria will continue to wallow in “abject socio-political, economic and developmental blindness” until an Igbo man becomes the president.
Achi-Okpaga, said this in an interview with PUNCH while reacting to a statement by Vice-President Yemi Osinbajo.
Osinbajo had asked the south-west to vote President Muhammadu Buhari in order to produce the president in 2023.
But Achi-Okpaga said anything done in Nigeria without the cooperation and participation of the lgbo would always crumble.
“I do not expect Prof. Osinbajo to say a different thing. The 2023 Yoruba Presidency is a plot presumably well hatched and efforts are being exerted to win it successfully as dramatised in the public pronouncements earlier by Fashola and now the bleeding utterances of Osinbajo,” Achi-Okpaga said.
“However, l am dumbfounded that these are men that believe in the existence of God but, perhaps unwittingly, do not believe in the God factor.
“The Igbo are the descendants of King David, the man after God’s heart. Anything you do in Nigeria without the active cooperation and participation of the lgbo would always crumble as exemplified in the present administration of PMB. The Igbo are to Nigeria what Israel is to the world today.
“Take my word today, until an Igbo man leads, Nigeria will continue to wallow in abject socio-political, economic and developmental blindness.”
The spokesman listed former public office holders from the south-east who made positive impacts while serving the country.
He added that no matter the “clandestine plot”, the Igbos would lead the country when God wants.
“The late Prof Dora Akunyili was brought in and she did justice to NAFDAC’s perennial, protracted and seemingly intractable impasse,” he said.
“Prof. (Chukwuma) Soludo was brought in and he brought sanity into the banking system. Today, Nigerians can deposit their money and go to sleep with their eyes closed.
“Dr Ngozi Okonjo-Iweala was brought in and she spearheaded debt relief for Nigeria (already dismantled by the present administration.)
“You can attest to how Prof. (Onyebuchi) Chukwu, as Minister of Health, clinically dealt with the Ebola virus under Goodluck Jonathan.
“The list is endless. Simply put, the Igbo will lead Nigeria when the Lord decrees it, all clandestine plots notwithstanding.”