Oshonaike: Why I lost to 19-year-old player at National Sports Festival 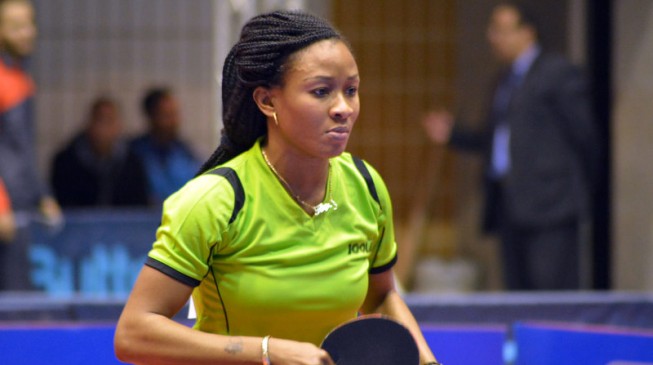 Olufunke Oshonaike, a table tennis superstar, has spoken about her defeat by Nimota Aregbesola, a 19-year-old player, at the National Sports Festival.

Aregbesola defeated the six-time Olympian in the quarter-final on Monday.

Speaking with TheCable after the game, Oshonaike said: “I only slept for four hours after I lost in the mixed doubles yesterday.

“Then I started playing by 10 this morning, I won 4-3 before being called 30 minutes after to the table to play the quarter-final game.

“But unfortunately, mama is old, so, I could not play my game till the end.

“I did not put in my best and I didn’t play my A game and the situation is very wrong for me and dark for me as well. The tables are too old, the floor is too slippery.

“Every time I spin up, I could not even carry myself but it’s still okay. I lost. I have to give glory and kudos to the younger one that beat me. She really played well and I am happy.”

Oshonaike rejected the tag of “mercenary” for representing Akwa Ibom at the festival.

“It’s Akwa Ibom that brought me to this festival and I don’t know why some people are complaining about that.”

The tennis star said she hopes to be the only African to have featured seven times at the Olympics.

“Of course, I am still dreaming to be the only girl from Nigeria and African in the Olympics that has featured seven times,” she told TheCable.

“Because right now, we are two that have been to the Olympics six times.

“So I want to be the only girl in Africa and only girl in ITTF. That’s my dream and I know that it’s difficult but not impossible to achieve.”