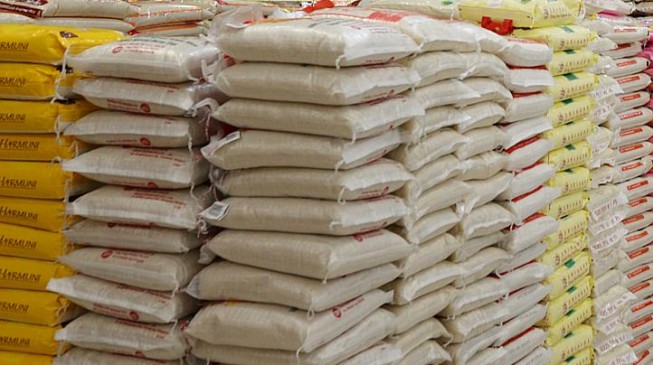 According to Laolu Akande, senior special assistant to the president on media and publicity, Osinbajo said this on Sunday at the palace of Musa Dogonkadai, the Seriki of the Hausa community in Agege, Lagos.

He said leaders of those countries help their farmers to expand their farms so that they can earn money.

The vice-president said the federal government, through its anchor borrowers programme, had given over 760,000 farmers soft loans to produce rice, millet and sorghum.

Osinbajo said the federal government would continue to work towards improving the welfare of all Nigerians.

“Look at what is happening in the north now because of the Anchor Borrowers Programme. We gave many of the farmers, over 760,000 farmers, soft loans. So, now they are producing rice, producing millet, producing sorghum,” Osinbajo said.

“We are not importing rice now. We are bringing rice from Kebbi, from Sokoto, from all over the country. By next year, we will not import rice. All our rice will be produced here. When you do that farmers will be rich. Farmers in other countries they are rich people. They are not poor. I’ve been to a country where farmers own airplanes. Why? Because their leaders are not thieves. Their leaders help them so that they can farm; they can expand their farms and they can earn money.

“I went to speak to them in Kebbi. Two of the farmers came to me and said, since this our government (came into power), they have been doing very well. One of them said, “now I have my money, I can pay for my hajj.” Another one even told me that he has married a second wife and I said no, no. I said don’t do that because one wife is enough. He said since he is getting some money be can marry a second wife