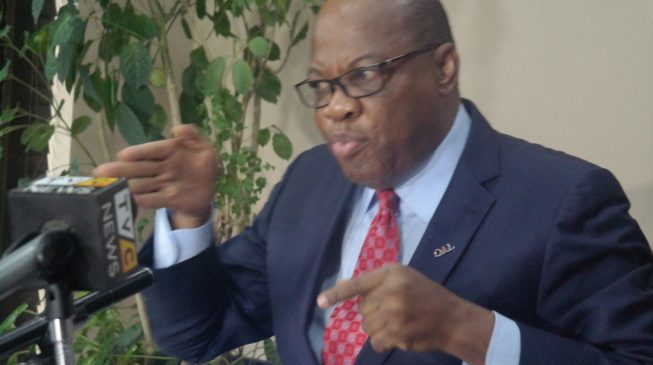 He said the bill would improve the credibility of elections conducted by the Independent National Electoral Commission (INEC) and also give legal backing to the use of card readers in the polls.

Buhari had rejected the bill for the fourth time, citing disruption to the 2019 elections as his reason.

In a letter sent to the national assembly, Buhari said he is “concerned that passing a new electoral bill this far into the electoral process for the 2019 general election which commenced under the 2015 Electoral Act, could create some uncertainty about the applicable legislation to govern the process.”

But in a letter addressed to the national assembly leadership, Agbakoba said Buhari’s stance “makes no sense.”

He said giving legal backing to the use of card readers in the election was necessary after the supreme ruled out their use in elections because the electoral act 2010 which is being amended does not provide for them.

“It will be recalled that the Supreme Court declared use of Smart Cards as contrary to the Electoral Act 2010, so the 2018 amendment is intended to give INEC a legal basis to use Smart Cards and Electronic Technology,” the letter dated December 10 read.

“The 2018 bill also introduced the extremely important procedure of transmitting results of votes from Polling Units by electronic means. Electronic transmission will remove rigging and enhance the credibility of the Vote Count.

“INEC says it is familiar with the amendments contained in the 2018 Electoral Bill. INEC has used smart cards at all elections from 2015. INEC has submitted an election budget which provides for Smart Cards and transmission equipment.

“The President claims that part of the reason for withholding Assent, is that INEC will not have enough time to become familiar with the 2018 Bill and that a new Act will generate confusion. This is simply incorrect and flies in the face of INEC’s announcement that it will not use incident forms or manual voting in 2019 elections.”

He said circumstances show INEC is ready to deploy electronic technology for 2019 elections and “only requires that the Electoral Act provides a legal framework.”