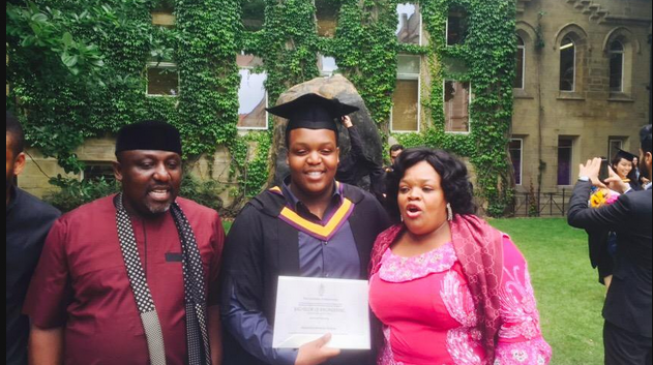 The house of representatives has rejected a bill that sought to check public officials from sending their children to study abroad.

The lawmakers argued the bill breaches fundamental rights of Nigerians, especially with respect to freedom of movement.

Introducing the bill during plenary on Wednesday, Sergius Ogun from Edo state, said it is aimed at regulating the practice of public officials sending their wards overseas for studies hampers the development of the nation’s education sector.

But most of his colleagues argued the bill should be stepped down as it “infringes on people’s rights.”

Uzoma Abonta from Abia state said a similar bill had been discussed and stepped down on legal ground.

According to him, “it offends fundamental human rights. Although a well intended bill, it has lots of legal impediments.”

Femi Gbajabiamila from Lagos state also argued the bill is against the principles of democracy “especially as it relates to freedom of choice, freedom of movement, freedom of assembly, right to public and private life.”

“I think it is wrong for us to be curbing people’s right. The issue to address is the quality of public education, the question then remains; is banning people’s rights from wherever they choose to school going to cure the problem?” he asked.

“I don’t think that will do that. If someone should get scholarship abroad, a full paid scholarship, are we going to say because of law, we will prevent such person? Then there is the issue of discrimination.”

Yakubu Dogara, speaker of the house, thereafter suggested the bill should be referred to the committee on rules and business to look into it and address issues of human rights therein.

The bill was subsequently stepped down.