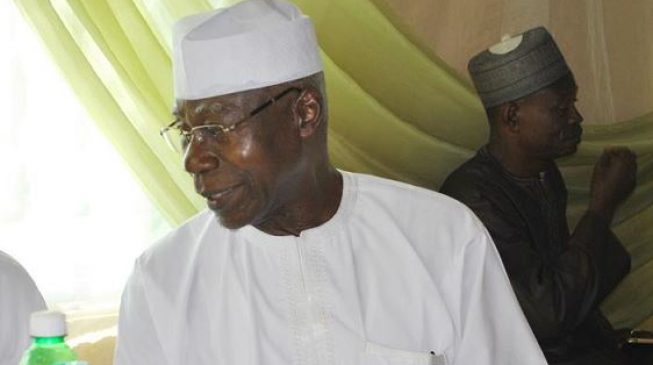 Salihu Ibrahim, former chief of army staff, has died at the age of 93.
The retired general died on Monday in his home in Kogi state.
He joined the army in 1956 and was trained at the Nigerian Military College.
Ibrahim rose to become the army’s chief between 1990 to 1993, during the military regime of Ibrahim Babangida.
Upon retirement, he famously tagged the service as “an army of anything goes,” his response to the seeming lack of professionalism in the army.
In 2013, he was appointed chairman of the board of the Nigerian Shippers’ Council by ex-President Goodluck Jonathan.
President Muhammadu Buhari has sent a condolence message to the family of the late Ibrahim.
The message was contained in a statement signed by Garba Shehu, his senior special assistant on media and publicity.
The statement read: “It is a matter of great pride that outstanding officers like General Ibrahim served the Nigerian Army.
“He served the nation with all his heart; with full dedication and commitment to duty. His service represents the hallmark of our Armed Forces.
“On behalf of my family, the government and the people of our country, I extend deepest condolences to General Ibrahim’s family, loved ones and the government and people of Kogi state.”