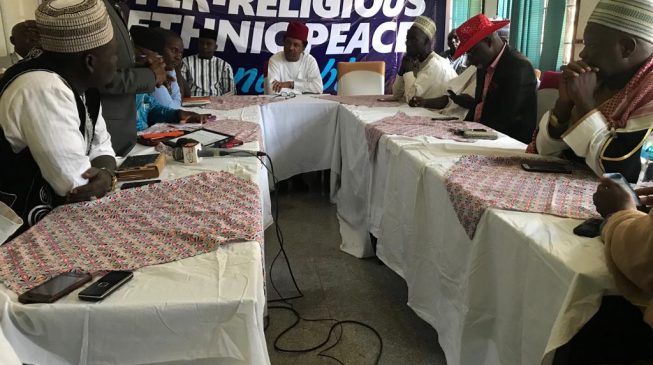 According to the senator, the initiative is an intervention aimed at finding lasting peace in states in the north affected by sectarian and religious conflict.

The round table is made up of Islamic and Christian leaders “who will talk to each other and their followers to embrace peace and resist violence”.

Sani said the initiative is meant to break the wall that separates Muslims from Christians, while they both stand up for peace and against those working to tear them apart

“This intervention is aimed at finding lasting peace in states and societies bedeviled with sectarian violence particularly in Northern Nigeria,” he said in a statement.

“It’s to build spiritual and moral bridges in communities in conflict and divided by conflicts. It’s to encourage peace makers and peace builders to do more to combat intolerance and extremism and it’s associated violence.

“We here in the north have suffered from over four decades of religious and ethnic violence and now terrorism. Thousands of lives have been wasted and billions of naira worth of properties lost. The circle continues without a viable solution on the ground.

“Successive governments and even political leaders have proven unable to tackle the menace. This initiative will open a new chapter in the search for peace and will morally empower those against the order of intolerance.

“Most times we sit down and expect solutions from others and not from ourselves.The government’s approach to religious violence doesn’t go beyond curfew and arrests and promises of prosecution. Violence kept recurring, we must end it.

“This initiative is to charge ourselves to speak out and stand up for peace and against those working to tear us apart or keep us apart from each other.”

The senator said the initiative will spread across states in the north as it moves to confront and overcome those who kill and maim in the name of religion.