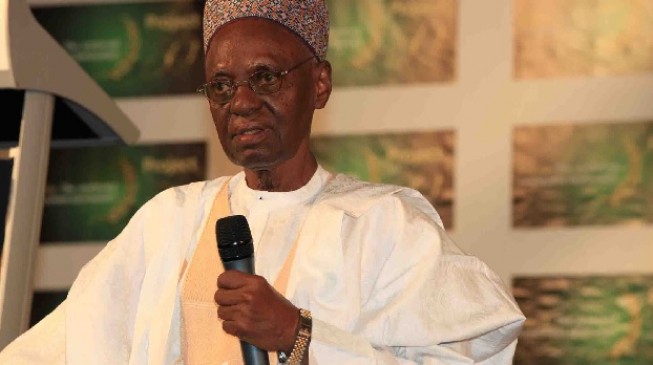 Shehu Shagari, the first executive president of Nigeria, is dead.

Bello Shagari, his grandson, confirmed that he died at the National Hospital, Abuja, on Friday.

“I regret announcing the death of my grandfather, H.E Alhaji Shehu Shagari, who died right now after brief illness at the National hospital, Abuja,” he tweeted.

I regret announcing the death of my grandfather, H.E Alhaji Shehu Shagari, who died right now after brief illness at the National hospital, Abuja.

The deceased was president in the second republic, from 1979 to 1983, before he was overthrown in a coup by Muhammadu Buhari.

Aminu Waziri Tambuwal, the governor of Sokoto state, also took to Twitter to announce the death of the former president who hailed from the state.

I regret to Announce the death of former President Shehu Shagari who just passed away at National Hospital Abuja. May his Soul Rest in Peace. pic.twitter.com/D9GR8vpkbT

A Twitter user described him as the only Nigerian president who never stole public funds, and one who died peacefully on Nigerian soil — an indirect shot at the preference for foreign medical treatment by the Nigerian political elite.

Rest in peace The Real Mr Integrity. He is the only Nigerian President who never steal public funds. I heard Sokoto State govt built him a house to call his own. He also passed on peacefully on Nigerian soil.

May Allah have mercy on his soul. He was the closest you could get to a perfect gentleman. https://t.co/xVM5icOu1c