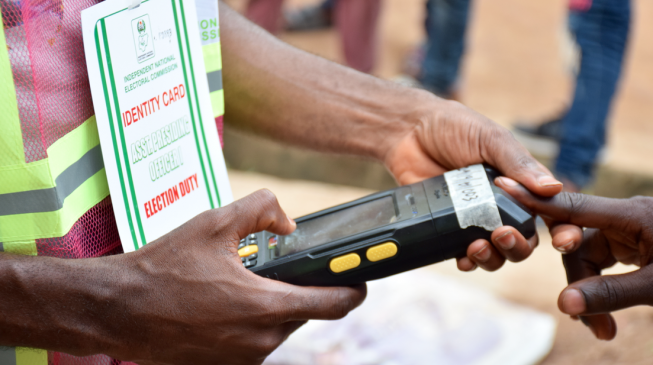 At least 13.5 million Nigerians voted manually in the 2015 presidential election, according to data from the Independent and National Electoral Commission (INEC).
Based on an analysis of the data, 75 percent of votes cast without PVC were in states won by President Muhammadu Buhari, then candidate of the All Progressives Congress (APC).
The data, obtained by DeepDive Intelligence, also shows that Buhari won in nine of the 10 most-affected states.
The 2015 presidential election had two major contenders; Buhari and Goodluck Jonathan, Nigeria’s first incumbent president to lose a re-election bid. 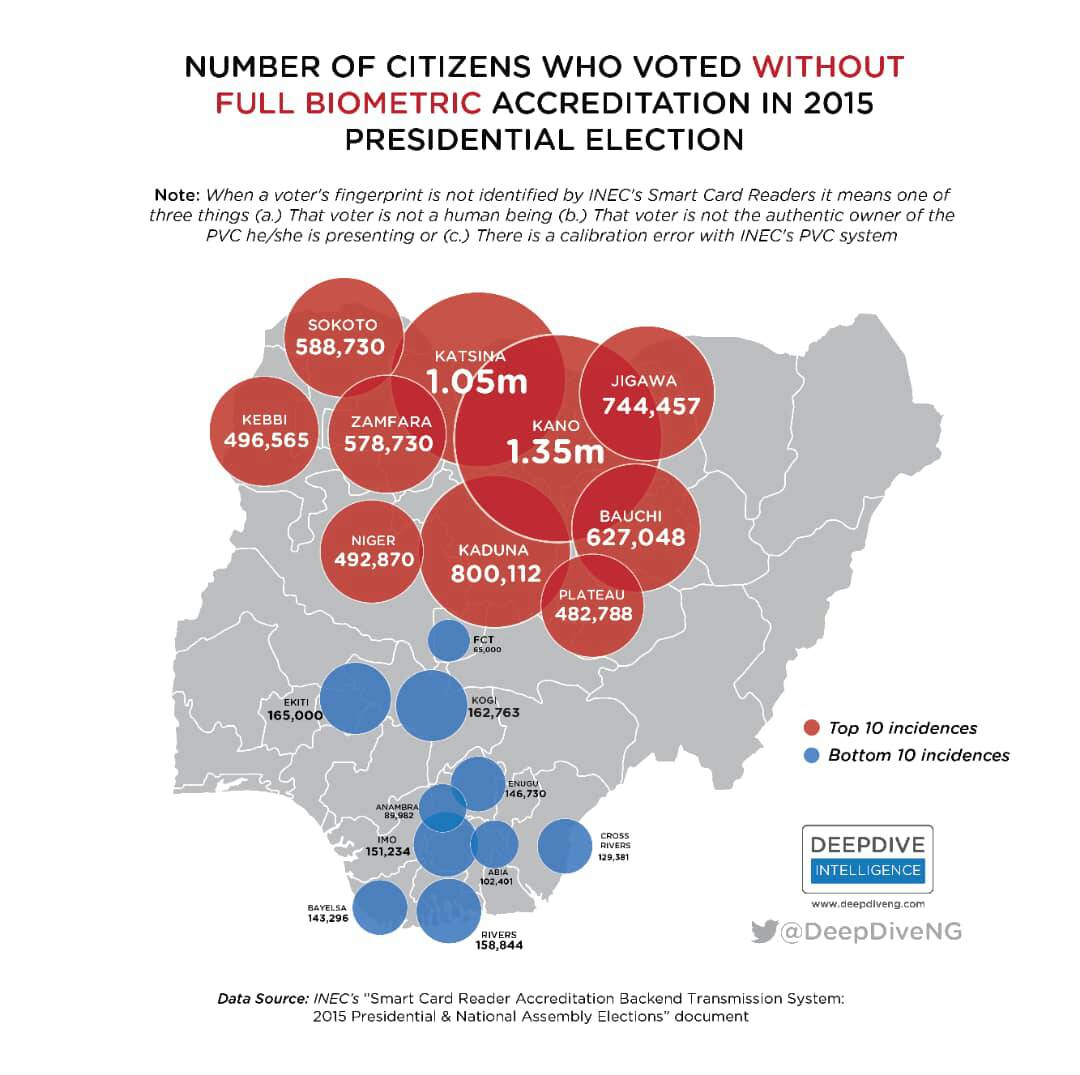 Credit: Deepdive Intelligence
Of the 31,746,490 accredited voters in the election, 13,536,311 representing 42.6 percent of voters voted without biometric accreditation.
Out of this number, 10,184,720 votes are from states won by Buhari and 3,351,591 votes came from states won by Jonathan, the Peoples Democratic Party (PDP) candidate, representing 75 percent and 25 percent of accredited voters respectively.
Below is a table showing votes cast manually in the 2015 elections: