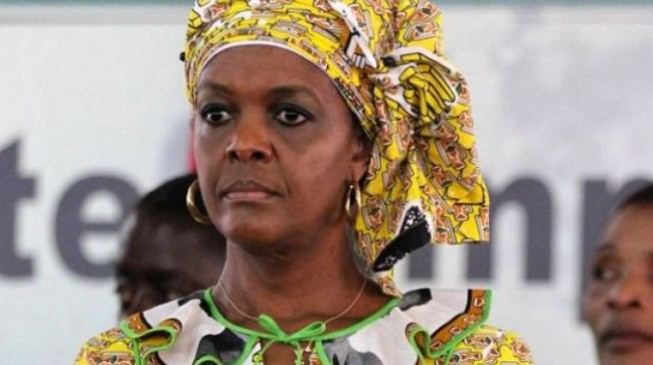 South Africa’s National Prosecuting Authority (NPA) has issued an arrest warrant for Grace Mugabe, Zimbabwe’s former first lady.
AfriForum, a minority rights group announced the development at a press conference that held on Wednesday in Centurion.
“We can report that the warrant of arrest has been issued for Grace Mugabe,” Times Livesquoted Kallie Kriel, AfriForum CEO, to have said.
“It seems that justice is going to take place and we are looking forward to this matter going forward.”
Vishnu Naidoo, the national police spokesperson, also confirmed that the arrest warrant was issued on December 13.
Three months before the military take over that saw Robert Mugabe resign as president in 2017, the former first lady was accused of assaulting Gabriella Engels, a model, in a Johannesburg hotel.
At the time, she said she acted in self-defence after the “intoxicated and unhinged” model attacked her at the hotel where her son lived.
Engels was reported to have sustained injuries including a gash on her forehead.
She was allowed to return home after she applied for diplomatic immunity, however, a court annulled the government decision to grant her immunity.