THE SHORTLIST: Three French Novels You Should Read 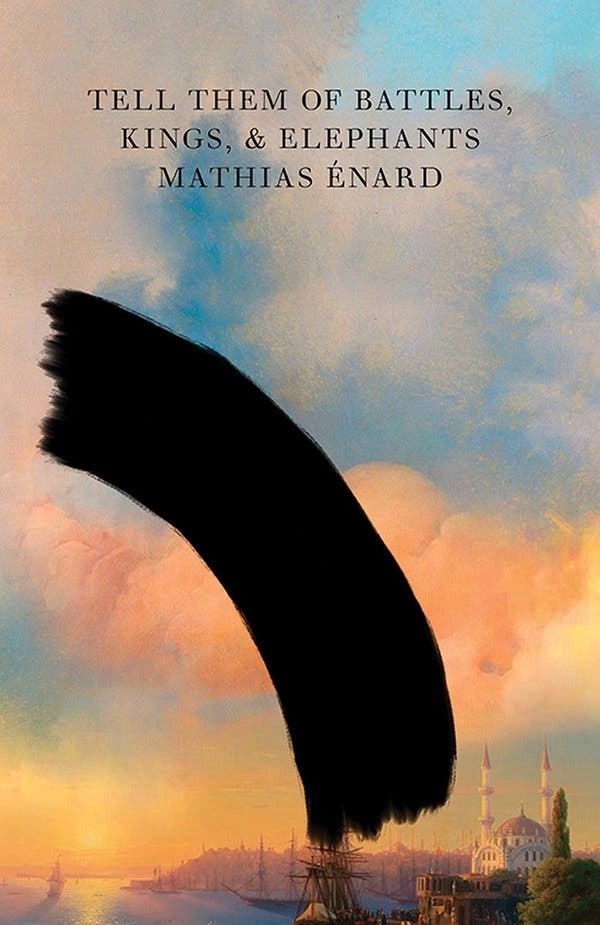 Énard imagines that in 1506, Michelangelo Buonarroti steps away from his work on the tomb of Pope Julius II, and from the vagaries of his powerful patron, to travel to Constantinople at the invitation of the Sultan Bayezid to design a bridge that will join Asia to Europe. The author presents a few alluring pieces of evidence, pulled from archives, to suggest that such a thing could have happened — mention of an invitation by Michelangelo’s biographer, travel journals the sculptor sent his brother, a recently uncovered sketch — but the rest is a rush of invention of a kind that is conceivable from few other contemporary writers. There is a lush materiality to Énard’s prose, thick and smooth, so that following the artist’s expeditions through Ottoman opium dens feels nearly as immersive as being in them. Michelangelo’s guide is an ingratiating poet named Mesihi who chauffeurs him to what he calls the “Santa Sophia Basilica” — today known as the Hagia Sophia — and to outdoor markets where animals are sold alongside men and to an evening concert where Michelangelo is drawn into an infatuation with an androgynous dancer whose sex he is unable to decipher.

There is an unsubtle quality to Énard’s insistence on fluidity — between male and female, and especially between East and West — and his past work is invariably mentioned in the same breath as Orientalism, though it’s not so easy to articulate the precise relationship. But reading “Tell Them of Battles,” originally published in French in 2010, feels somehow radical in 2018, provoking a kind of wistfulness at the wonder and uncertainty that Michelangelo experiences in his confrontation with foreignness in “this disturbing city, at once familiar and resolutely other,” and the novelty of his artistic discovery, such as when “the always surprising voices of those human church bells on top the minarets confirm for him, along with the shadows lengthening on his page, that the sun has just set.” After all, the Taj Mahal was partly designed by a Turk, the most important cathedral of the Kremlin built by an Italian. “Beauty comes from abandoning the refuge of the old forms for the uncertainty of the present,” Énard’s Michelangelo says to himself as he sits down to sketch out a viaduct that never will be. 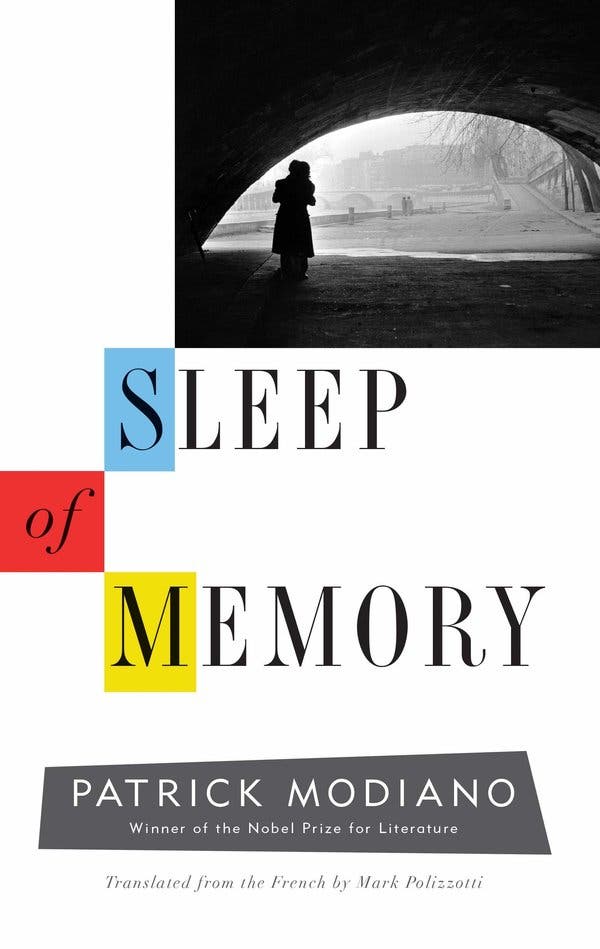 Modiano’s Paris is a Paris that no longer exists, and that, too, in our era of mythic nostalgias, feels political in its way. Possibility flickers through the city’s streets, the potential of new encounters set against those eternal slate-colored facades — “Sleep of Memory” is a throwback to a Paris where life still happened on the terrasses, before everyone retreated into laptops and phones and before time was money, when some happenstance meeting in the morning might turn into an afternoon with an unknown ending. In a kind of hybrid of novel and memoir, Modiano has crafted a brooding narrator who summons this Paris through recollections that jump from era to era — from the boarding-school days of a truant who has taken the train back from the Haute-Savoie to skip around the city, unbeknown to his self-absorbed parents; to the boy’s elderly incarnation 50 years later, reflecting on the landmarks that tied those two selves together — mostly books and women, which he doesn’t evaluate, just chronicles, in fact and detail, hoping that his words, “like magnets,” might link together chapters that form a book, or a life.

Modiano owes much to Proust, though his postmodern drifting is far easier to read; there is warmth to be drawn from those unbidden memories, reminiscences of attending a strange party on a cold winter night many years ago conjuring not so much regret as simple pleasure. It can be hard to discern real life from the books the narrator reads, which have titles like “Practical Dictionary of the Occult Sciences,” “The Eternal Return of the Same” and “Dreams and How to Direct Them.” There is so much suggestiveness that eventually the narrative must, and does, lead to a crime, though in Modiano’s handling the story becomes less a whodunit than a way out of what he describes as the “tangled dream from which I had just awoken.” In sum, he observes that “if anyone had asked me what was the point of all this, I think I would have answered simply, ‘I’m trying to solve the mysteries of Paris.’” 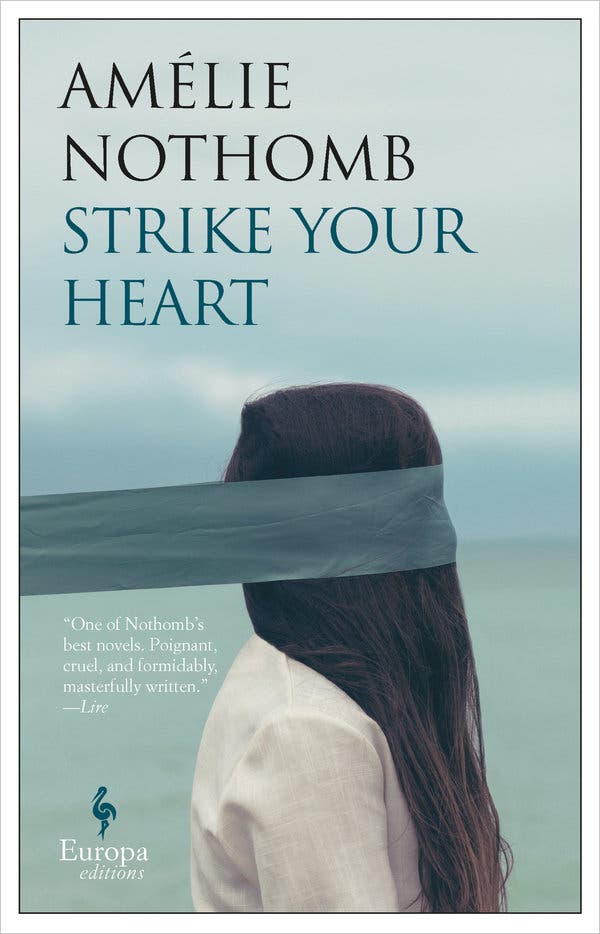 Nothomb, a Belgian writer who resides in Paris, is one of France’s most prolific authors. But there is something about her work that lacks a center; she’s the girl who sits at the back of the writing seminar, so busy churning out pages that you never really get to know her. “Strike Your Heart” takes up the trendy topic of female relationships, this time within the context of family. Diane is a preternaturally precocious child, made so by her mother, the pinup-perfect Marie, who is so thoroughly governed by her dependence on female competition for self-worth that she considers her infant daughter to be her greatest rival, and neglects her. Diane develops a protective ability to analyze her mother, and this is where Nothomb’s writing feels stretched; at age 5, Diane demonstrates a rather remarkable acuity. In a silent speech to her mother, she observes, “If there is one virtue you are lacking, it is tact.”

The novella is packed with melodrama that whisks the story along at an unforgiving pace, as Diane grows up into an ambitious and independent medical student, while her younger sister, who was showered with love for unclear reasons, is needy, unstable and unreliable. Nothomb courses through love, jealousy, betrayal and ambition as Diane seeks to create a mother-daughter relationship with Olivia, a young professor she admires, only to be disappointed by Olivia’s shallowness.

Unfortunately, perhaps because Nothomb writes so quickly, her characters feel uninhabited, their feelings simmered down to bare fundaments rather than rendered real, with humor employed to skip over any deeper complications of relationships rather than to pan them for what is interesting and true. In the end Nothomb’s writing is fablelike, so that when the threads of the story converge into a morality tale, as those who have suffered and been wronged find revenge and solace in one another, it’s not so surprising, if a little facile.