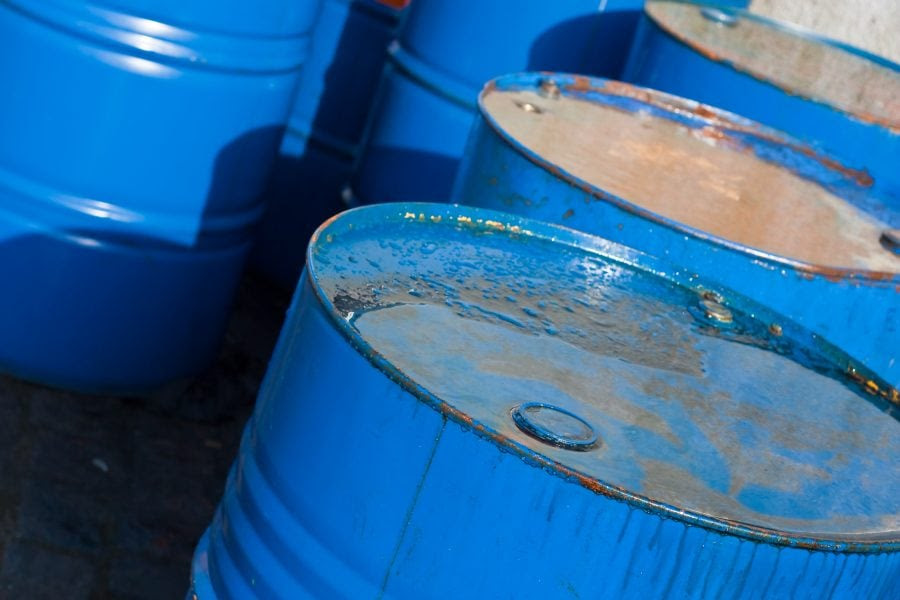 Nigeria recorded the highest crude oil loss in the last 18 years with an average of 245 million barrels of oil “going down the drain” in 2016.

The amount was made up of production from all sources and various arrangements the Nigerian National Petroleum Corporation (NNPC) entered into. 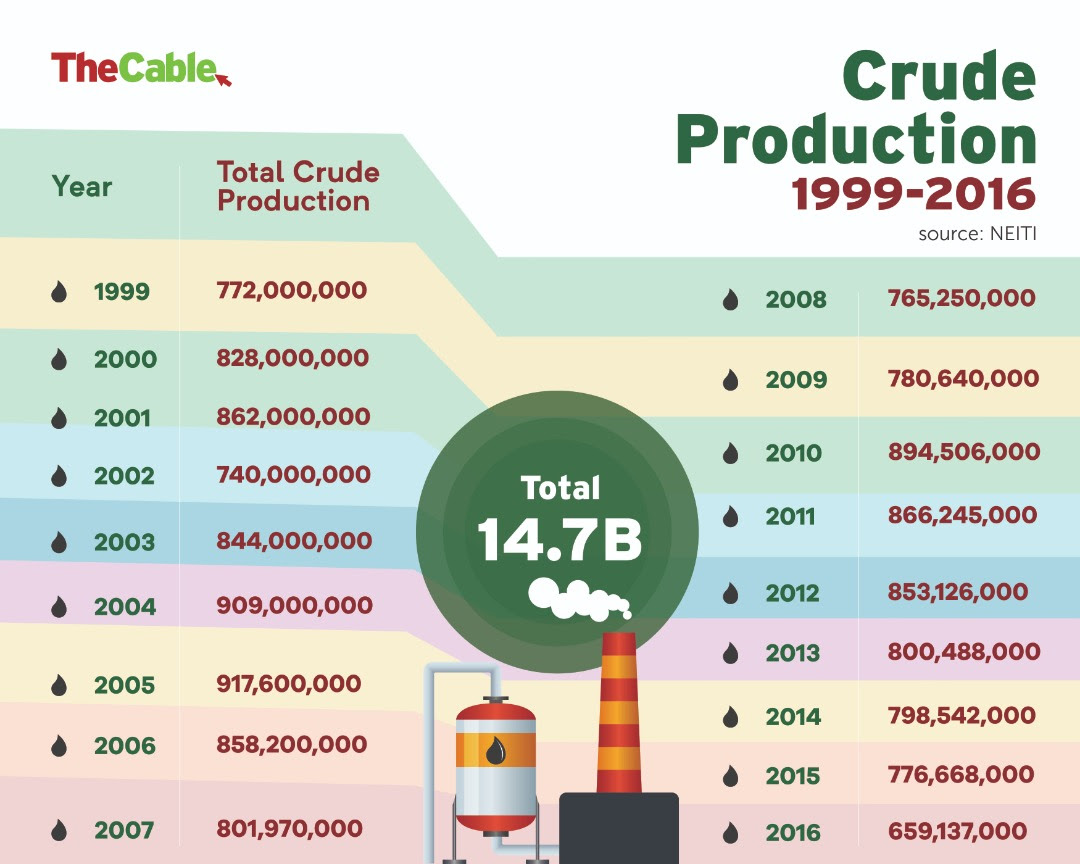 According to the NEITI report, between March and December of 2016 alone, Nigeria suffered crude oil loss that averaged 130 million barrels.

About six different force majeures were declared in the country in 2016, with Shell Petroleum Development Company (SPDC) accounting for three out of that number.

In February of that year, SPDC had to shut down the subsea 48-inch Trans-Forcados Pipeline in Warri, Delta state, after it was bombed by Niger Delta militants.

Nine companies including Seplat, Panocean, and Waltersmith had to shut down production for 147 days.

Shell also declared force majeures on the Bonny Terminal twice in that same year, after leaks were discovered on the Nembe Creek Pipeline.

Between July and August 2016, Nigeria Agip Oil Company (NAOC)/Eni closed operations on its Brass terminal after an attack on the Ogbaimbiri – Tebidaba Pipeline.

The losses from crude oil theft, sabotage and deferment  in 2016 sums up to 245 million barrels.

Although Nigeria survived the slump in the global oil market experienced between 2008 and 2009, it did not cash in on the record high prices in 2011 that ranged between $110 to $120.

Hence, it could not escape the recession brought about by reduced oil prices in 2016.

With the fall in prices oil revenue reduced consistently. Revenue accruing to the federal government dropped from $68.44 billion in 2011 to $24.79 billion in 2015.

“The inability of the government to meet cash call obligations due to dearth of funds in 2016 made it difficult for JV operators to effectively run their operations. The total cash call liability in 2016 stood at $385,116,744.11,” the NEITI report read.

Following a new cash call arrangement in 2016, the report said all cash call liabilities for indigenous JV operators before that year was settled in November 2018.

The routine maintenance of some production pumps in various oil fields caused production shutdowns in 2016.

According to NEITI, out of the 71 Oil Mining Licences (OMLs) in production, only 30 produced above five million barrels in 2016.

Some of the losses were linked to “shrinkage and terminal adjustment” which led to evaporation and drainage in the terminals during the process of separating of water and sediments from the crude meant for export.

The report also said there was a steady decline in production from ageing fields whose reserves are depleting.

It said this was a “normal occurrence” as operators had no option but to resort to artificial lift mechanisms to produce from such fields.

Detailed recommendations were presented to give attention to the numerous issues that almost placed the economy on standstill in 2016.

It also made a case for the restoration and updating of the vast pipeline network in the country.

On the JV cash call funding, the report said the National Petroleum Investment Management Services (NAPIMS)–the agency in charge of cost administration on the JV assets– should operate on the tenets of transparency and accountability to avoid the abuse of funds.

NEITI said there should be full implementation of the new JV self -funding model agreed between the NNPC and IOCs.