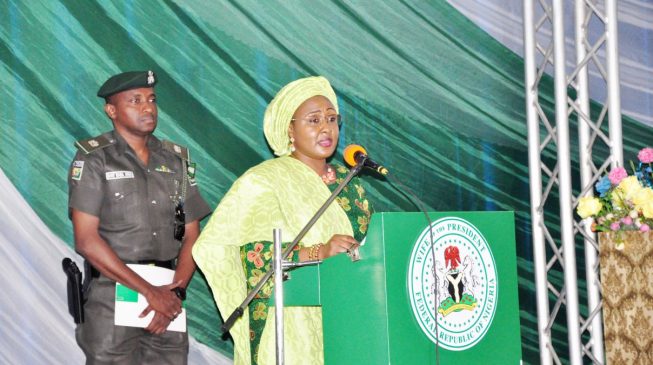 Aisha Buhari, wife of President Muhammadu Buhari, has challenged Nigerian men to stand up to the two people who are allegedly hindering the progress of her husband’s administration.
The president’s wife said this at a national women leadership summit organised by Project 4+4 for Buhari & Osinbajo 2019, a political group.
Although she did not mention the names of the two persons, she said they have dominated a government which emerged through the votes of over 15 million people.
“Our votes were 15.4 million in the last elections and after that only for us to be dominated by two people… this is totally unacceptable,” she said.
“If 15.4 million people can bring in a government and only for the government to be dominated by two people or three people, where are the men of Nigeria? Where are the Nigerian men? What are you doing? Instead of them to come together and fight them, they keep visiting them one after the other licking their shoes (I’m sorry to used those words).”
This is not the first time that the president’s wife would hit some allies of her husband.
In an interview with BBC Hausa two years ago, Aisha said Buhari’s government had been hijacked by only a “few people”.
Her words: “The president does not know 45 out of 50 of the people he appointed and I don’t know them either, despite being his wife of 27 years… some people are sitting down in their homes folding their arms only for them to be called to come and head an agency or a ministerial position.”
Below is a video of her latest criticism: 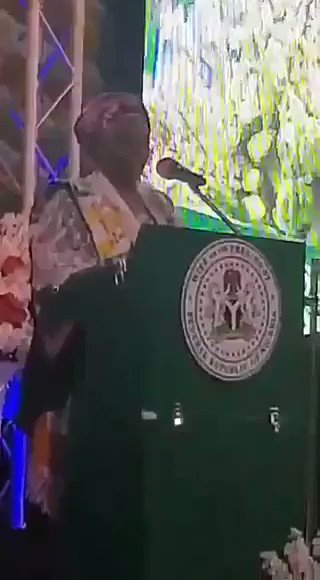 First Lady Aisha Buhari speaking of the two powerful men who dominates the government when it was 15.4m Nigerians who voted Buhari to power.