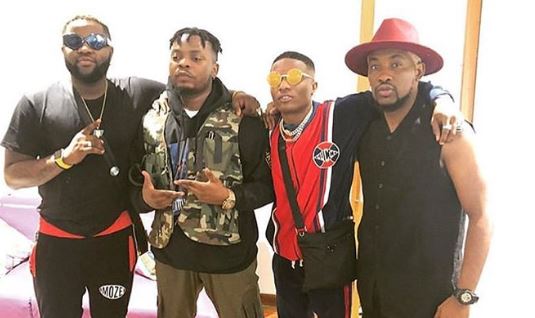 Olamide Adedeji, YBNL rapper, on Sunday held the 2018 edition of his annual concert at the EKO Hotel & Suites Convention Centre.

The event, tagged Olamide Live In Concert (OLIC), is the fifth straight concert of the indigenous rapper.

Afropop superstar, Ayo ‘Wizkid’ Balogun, made a surprise appearance at the concert — despite having his own event on the same night.

Here are videos of their performance:

Wizkid will forever respect Olamide
After he shut down Eko Atlantic for first time, he surprised Olamide at his #OLIC5#MadeinLagospic.twitter.com/WV9WS5w4G4