We are not aware of the invasion of Melaye’s residence, say police 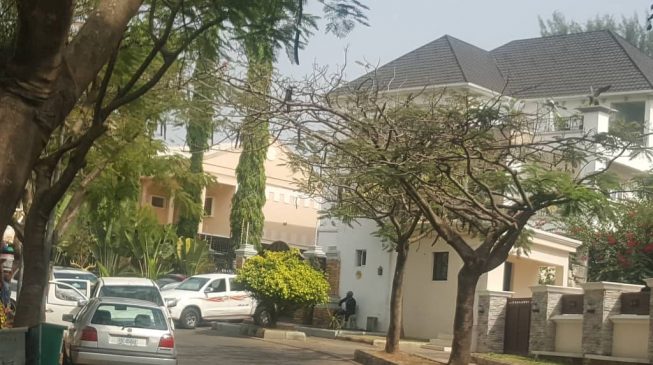 The Nigeria police force have denied invading the residence of Dino Melaye, senator representing Kogi west.
Both Jimoh Moshood, the force spokesman, and Manzah Anjuguri, FCT police spokesman, told TheCable they were not aware of the police invasion.
TheCable reported how policemen numbering 30 invaded the Abuja residence of Melaye on Friday.
The incident happened three days after the senator alleged that Ibrahim Idris, inspector-general of police, had ordered that he should be “injected to death.”
They had first laid siege to Sangha street, off Mississippi, Maitama, where the lawmaker’s house is, before gaining entrance into his premises.
But the police denied knowledge of the invasion which was ongoing as of the time this report was filed.
When contacted, Moshood told TheCable: “Why would they enter his residence? I am not aware of such I will make inquiries and get back to you. I will check with the relevant quarters and command.”
Anjuguri also told TheCable he did not have any information regarding the incident.
“I don’t have any information on that. I am not aware of it,” he told TheCable over the phone.
WHY MELAYE?
In March, the police declared the senator wanted after accusing him of supplying arms to suspected hoodlums.
He was also charged with attempted suicide after he jumped off a moving vehicle while trying to escape police custody.