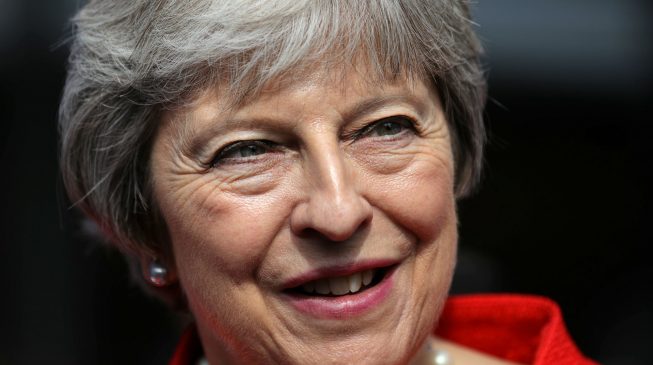 Theresa May, the UK Prime Minister, has survived the second vote of confidence in just a space of five weeks.

The first vote of confidence, which held in December 2018, was in her leadership and ability to continue as prime minister, while the second was in her government.

On Tuesday, May suffered the biggest loss in the history of the United Kingdom, losing at parliament by 230 votes, when she presented her Brexit deal.

After the huge loss, Jeremy Corbyn, leader of the Labour Party called for a vote of no confidence in her government, which she welcomed for discussion.

On Wednesday, the votes were cast, and May’s government survived by a mere 19 votes, as MPs voted  325 to 306 that they have confidence in May’s government, despite refusing Brexit deal.

After winning the vote to continue in Number 10, May called on leaders of opposition parties to put self-interests aside and work for the progress of the UK.

Corbyn did not show up for the meeting, after losing the vote at parliament.

“I am disappointed that the leader of the Labour Party has not so far chosen to take part, but our door remains open,” May said to Corbyn’s absence.

In her address to the nation after the vote, May said she remains committed to the decision of the British people to get out of Europe.

“I understand that to people getting on with their lives away from Westminster, the events of the past 24 hours will have been unsettling.

“Overwhelmingly the British people want us to get on with delivering Brexit and also address the other important issues they care about.

“I believe it is my duty to deliver on the British people’s instruction to leave the European Union and I intend to do so.”