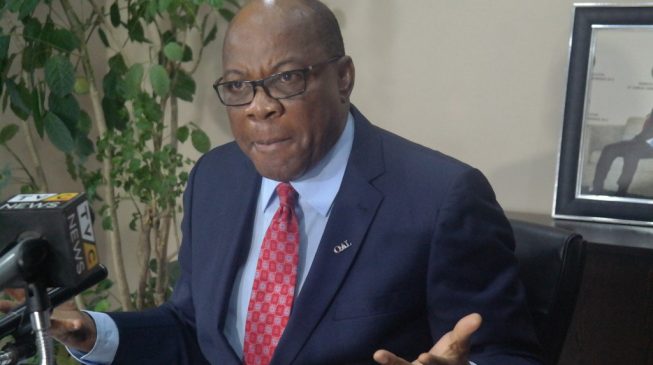 Olisa Agbakoba, a senior advocate of Nigeria (SAN), has asked the National Judicial Council (NJC) to remove Ibrahim Muhammad as the acting chief justice of Nigeria (CJN) over alleged misconduct.

In a petition written to the NJC and dated Monday, January 28, Agbakoba said Muhammad defaulted by assuming office as acting CJN “despite knowing of his unconstitutional appointment.”

President Muhammadu Buhari appointed Muhammad to replace Walter Onnoghen whom he suspended over his ongoing trial at the Code of Conduct Tribunal (CCT).

But Agbakoba argued that Muhammad’s appointment is unconstitutional as it can only be done on the recommendation of the NJC, the body charged with the discipline of judges

“Hon. Justice Tanko Mohammed is fully aware of the state of low, yet presented himself to be sworn in by the President,” the petition read.

“Incidentally, Justice Tanko Mohammed was a member of the NJC panel that removed Justice Obisike Orji of the Abia state High Court for accepting to be sworn in as Chief Judge by the Governor of Abia state without the recommendation of the NJC.

“It is a matter of regret that Justice Tanko Mohammed who participated in this process will lend himself to this constitutional infraction.

“We pray the NJC to determine this petition in line with the decision in Justice Obisike Orji by immediately removing Justice Tanko Mohammed, 05 Justice of the Supreme Court on grounds of gross misconduct which has generated perhaps the most controversial crisis in Nigeria’s judicial history.”