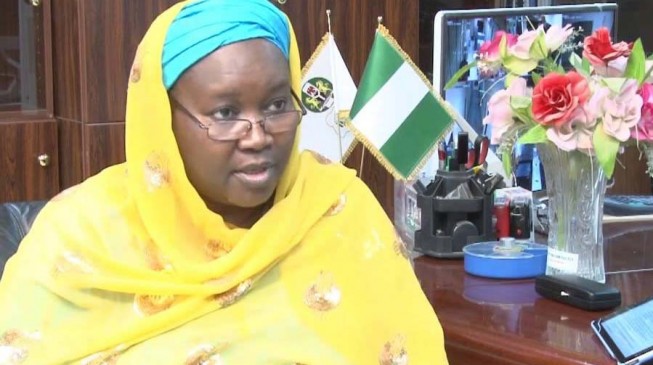 Amina Zakari, a national commissioner at the Independent National Electoral Commission (INEC), has denied being a blood relation of President Muhammadu Buhari.
In an interview with BBC, Zakari said she is not Buhari’s cousin nor niece.
Her appointment to head the INEC committee on collation centre has generated controversy.
The PDP had alleged she is related to the president and her new position would compromise the electoral process, with Buhari seeking reelection.
But in the interview with BBC, she was quoted as saying “I’m not his (Buhari’s) niece” and “I am not his cousin”.
She said: “He is not my cousin, he is not my uncle as is being claimed but I know him as my leader and the leader of the nation.”
Zakari said she was appointed since 2010 by former president Goodluck Jonathan and prior to that, appointed as special assistant to former president Olusegun Obasanjo “and I have done my work conscientiously over the years as a patriotic citizen of Nigeria.
“I don’t think I should be distracted now that elections are coming, I will continue doing my work.
“I will continue to serve my country to the best of my ability, with the best of intentions. President Muhammadu Buhari is my President as everybody else’s President.”
The presidency had ealier denied that she is related to Buhari by blood.