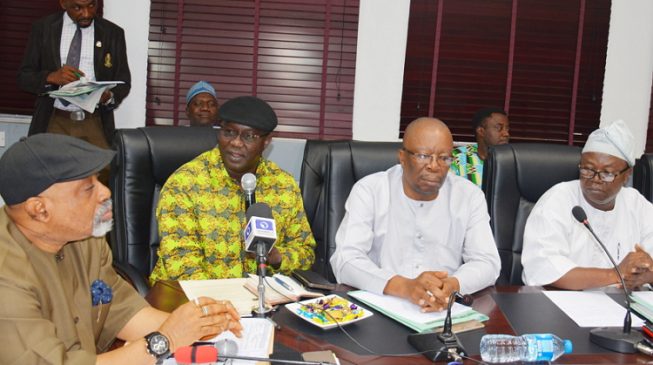 The Academic Staff Union of Universities (ASUU) has denied receiving N163 billion from the federal government.

In a statement on Sunday, Ade Adejumo, Ibadan zonal coordinator of the union, accused the federal government of spreading falsehood.

Chris Ngige, minister of labour and employment, had announced that the federal government had released N163 billion to universities from the Tertiary Education Trust Fund (TETFund).

ASUU has been on strike since November 2018 to press home demands such as the shortfall in salaries of some federal universities’ workers and lecturers, earned allowances, revitalisation of universities, among others.

“Once again, the attention of our union has been drawn to another piece of misinformation which gives the impression that ASUU collects money from government,” the statement by ASUU read.

“For umpteenth time, let it be known that our union is a patriotic organisation whose activities are driven by principled conviction that the resources of the country can better be managed for the ultimate benefit of the Nigerian society, especially the education sector which is our immediate constituency. The government and all civilized individuals are aware of how the university is managed, so also the resources available to it.

“It is in the context of the above that our union calls on the vice-chancellors and council chairmen to stop behaving like vultures that wait silently by the sidelines, waiting for the game to fall only to descend on the carcass. They should join forces with ASUU in its struggles to attract requisite funding into our public universities rather than working at cross purposes with us.

“Part of the least expected from them is to come out openly to put the record straight each time the government come out with the deliberate falsehood that money has been released to ASUU. They, ie , council and the vice-chancellors, are the receiving and spending agents. Simple honour demands that they publicly own up to this fact. Their silence in this regard leaves room for unfair speculation about ASUU.”