Atiku: Buhari has set a precedent unmatched by the military 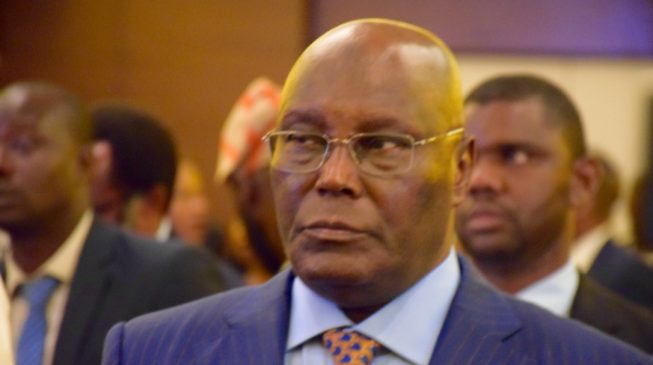 Atiku Abubakar, presidential candidate of the Peoples Democratic Party (PDP), has again accused President Muhammadu Buhari of clamping down on the judiciary.

Addressing a press conference in Abuja on Monday, Atiku said through the suspension of Walter Onnoghen as the chief justice of Nigeria (CJN), Buhari set a new precedent that has no equivalence in the nation’s history, “not even in the darkest days of military dictatorship.”

The suspension was widely criticised by many Nigerians. Atiku, who had earlier criticised Buhari over the action, said it “falls squarely within the pattern of executive lawlessness”.

“Our dear country is passing through a difficult moment. How we react to this challenge in the following days will determine the fate of our democracy, which has been brought to great peril by this needless crisis engineered by a government that is unwilling to subject its conducts to the requirements of our constitution,” he said.

“I need to state that this latest action by General Muhammadu Buhari falls squarely within the pattern of executive lawlessness that has now been firmly turned into statecraft by the APC government.

“The serial disregard of court orders, and consequent violation of constitutionally guaranteed human rights of our citizens confirms beyond all doubt that General Buhari and his government would rather obey their own whims and operate by separate rules outside the well-established constitutional order and the rule of law. It scarcely requires emphasis that this behaviour is alien to democratic rule and more in line with that of a military dictator.

“We are all witnesses to how this government has serially assaulted the National Assembly, a separate arm of government that represents the bastion of our democracy. However, with this attack on the judiciary, General Buhari has set a new precedent in our democracy that has no equivalence in our history, not even in the darkest days of military dictatorship. This cannot be allowed to stand.”

He said while he supports the fight against corruption, the issue at stake is whether Onnoghen’s suspension was done “in accordance with the process specified in our constitution.”

He also asked the Buhari administration not to interfere with the forthcoming elections.

“At this juncture, I must warn the APC government to desist from taking actions that may push us further down the slippery slope towards a major constitutional crisis that could derail the electoral process,” he said.

“General Muhammadu Buhari must remember that he is a beneficiary of a free and fair election. It is therefore a matter of honour for him to allow a political environment and process that gives confidence to everyone.”