Atiku: I’m the most investigated politician in Nigeria 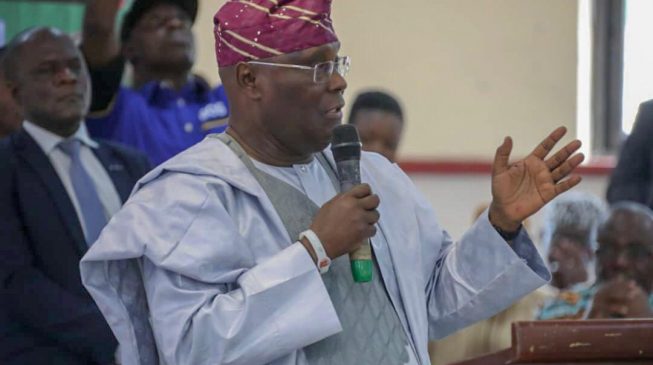 Atiku Abubakar, presidential candidate of the Peoples Democratic Party (PDP), says no public office holder in Nigeria has been investigated like him.

He said this when he featured on The Candidates, a live television show on the 2019 elections.

Atiku, who served as vice-president to Obasanjo between 1999 and 2007, had fallen out with the president who accused him of corruption before Obasanjo recently endorsing him.

When asked about what Obasanjo said of him in the past, Atiku said; “If the referee has changed his mind and says that the applicant is now the best for the job, what is there again to consider?

“Nobody has been investigated by Obasanjo more than myself, if Obasanjo couldn’t find me guily of any wrong doing then I don’t think those statements stand.”

Atiku added that as the “most investigated public official”, his employer was unable to find him wanting.

“I was the most investigated politician or public official and I was not found wanting, then it is up to my employers to believe what has been said or not,” he said.