Atiku: NNPC is a mafia organisation… I’ll privatise it even if they’ll kill me 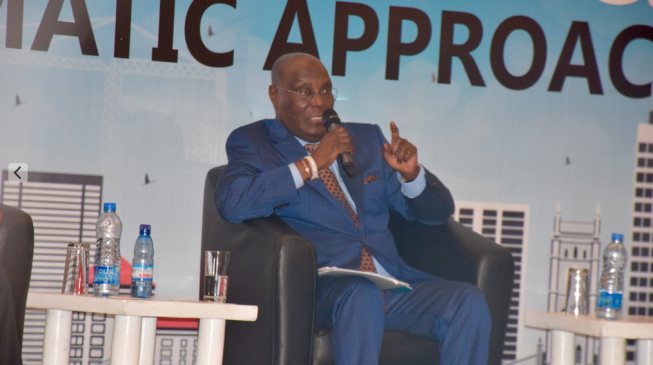 Atiku Abubakar, presidential candidate of the Peoples Democratic Party (PDP), has described the Nigerian National Petroleum Corporation (NNPC) as a “mafia organisation”, vowing to privatise it if elected.

Speaking in Lagos during an interactive session with the business community on Wednesday, Atiku said he would take the step even if doing so would cost him his life.

He explained that he sold the idea to ex-President Olusegun Obasanjo whom he deputised between 1999 and 2007 but that the former president did not approve of it.

Atiku said he is convinced that NNPC would run better if not managed by the government.

“Let me go back to my experience. When we got into office, I walked up to my boss and said “Sir, there are two mafia organisations in government: one is the Nigerian National Petroleum Corporation (NNPC) while the other one is the National Electricity Power Authority (NEPA),” he said.

“I said unless we dismantle these mafia organisations, we cannot make progress. Let’s privatise them… the long and short of this is that I am committed to privitaisation as I have said. I swear even if they are going to kill me, I will do it (privatise NNPC).”

Atiku also spoke on how an expert in the petroleum sector influenced his stance on privatisation of NNPC.

“I asked a Nigerian professor based in America; I said ‘Prof, do you have ministry of petroleum in America?’ He said no,” he said.

“I said, ‘Do you have an organisation like NNPC over there?’ He said no. And America produces oil more than any country? He said yes.

“So I asked him, ‘How do they do it in America?’ and he said taxation and I decided that I will go by taxation too.”
Joined by Peter Obi, his running mate, Atiku fielded questions that ranged from the economy to security, health and unemployment.”

He also criticised the current administration for the delay in passing the petroleum industry governance bill (PIGB).

Atiku, who said the level of unemployment in the country is worrying, narrated his encounter with idle youth during his campaign rallies.

He said if left unchecked the lack of adequate jobs could create a bigger problem.